Queens of the Wild, by Ronald Hutton 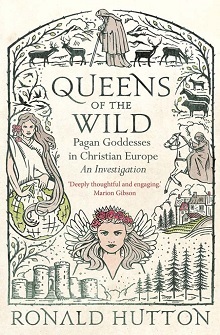 Home » Book Reviews » Queens of the Wild, by Ronald Hutton

Ronald Hutton’s Queens of the Wild: Pagan Goddesses in Christian Europe examines four goddess-like figures from the medieval period to the present day: Mother Earth, the Fairy Queen, the Lady of the Night, and the Cailleach.  Packed with detail and insight – Hutton has published widely on paganism and witchcraft – he demonstrates how these figures fit comfortably into neither pagan nor Christian categorisations.

But first Hutton clears the ground for his investigation with a historiographical overview, retelling the sudden collapse of the historical narrative of the late twentieth century, which had argued that paganism survived beyond the emergence and triumph of Christianity as the continent’s dominant faith. In so doing, Hutton offers a cautionary tale of the relative ease with which theories can become established to the point of being received wisdom without any substantial evidence underpinning them, and that this can gather up even the best historians and scholars. But whereas destroying orthodoxy is one thing, building a new consensus is quite another, and it is to this post-revisionist debate that Hutton’s work contributes by ‘recasting the basic terms of the discussion’.

For each of his case-studies in Queens of the Wild, Hutton sketches their historical evolution and their journeys across the boundaries of scholarly, literary and popular culture. He illustrates how, taken together, they fall into an ill-defined category of belief that blurs the boundaries of pre-existing religious faith. Drawing widely on literary sources Hutton brings the figures to life, not least in the example of the Cailleach, a giantess of great age associated with the wildness of the natural environment; according to one Irish folktale she survived for millennia before St Patrick made her disappear in a flash of light.

Arguably, however, in its concision and relevance to his wider argument, the most interesting part of the work is the extended epilogue which considers the example of the ‘Green Man’. Hutton shows how one particular interpretation of the architectural motif known as a ‘foliate head’ (which invariably depicts a human head surrounded by leaves, or with foliage pouring out of its mouth, ears, or lips), which argued that it harked back to a pagan deity representing the natural world – the Green Man – was largely the creation of Lady Raglan.  Wife of Baron Raglan, she had, like him, developed an interest in folklore. Hutton illustrates how this interpretation gained currency in the 1950s and ‘60s before being revealed as having no evidential basis. Or, as one critic observed, a ‘case study in the invention of tradition’. But more important than Lady Raglan’s erroneous argument is how the modern case of the Green Man demonstrates how invented religious symbols can be subject to a multitude of readings, often revealing the preoccupations of the contemporary society making them. For example, the Green Man has been put to use as part of a wider spiritual belief-system centred on ecological concerns.

Whilst more discussion of the femininity of his chosen case-studies would have been welcome, Hutton’s latest book offers a rich historical account of four Goddess-like figures who defy easy categorisation. Moreover, the tolerant and encouraging note on which it ends – the need to find a new religious vocabulary to capture the many sources of spirituality in an increasingly post-Christian society – is surely apposite. 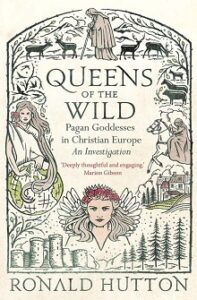 Queens of the Wild: Pagan Goddesses in Christian Europe by Ronald Hutton is out now and published by Yale University Press.

James Sewry taught history at Ampleforth College and is on the editorial board of the The Historian. 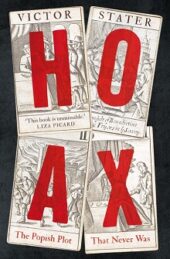 The New Model Army: Agent of Revolution, by Ian Gentles