Gary Sheffield is a military historian, academic and author. His books include the best-selling Forgotten Victory: The First World War – Myths and Realities (2001), A Short History of the First World War (2014) and Douglas Haig: From the Somme to Victory (2016). The first edition of the latter, published in 2011, was shortlisted for the Westminster Medal, and was chosen as a military book of the year by The Times.

Gary was educated at Leeds University (BA, MA) and holds a PhD from King’s College London. He is currently Professor of War Studies at Wolverhampton University, having previously held Chairs at Birmingham University and King’s College London. He has worked closely with the British armed forces, starting his career lecturing at Sandhurst and spending six years as Land Warfare Historian on the UK’s Higher Command and Staff Course. Gary is a Fellow of the Royal Historical Society and the Royal Society of Arts. He is Honorary President of the Western Front Association.

Gary specialises in making scholarship accessible to a broad audience, and is much in demand as a public speaker. He regularly leads visits to historic battlefields and lectures on cruise ships. A Liveryman of the City of London (Worshipful Company of Curriers), Gary is married to Viv. They have an adult daughter and son, and live in South Oxfordshire. 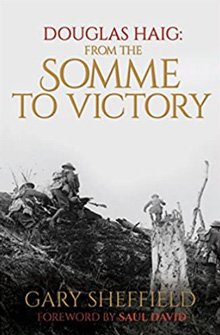 What first attracted you to the period or periods you work in?Growing up in the 1960s and 1970s, I was surrounded by people who lived through ‘The War’, as people called it, meaning the Second World War, and they talked about it a great deal. I guess that this triggered my fascination with very recent history. This was ...
Read More
Catherine the Great & Potemkin