The Victorians had a fascination with the unknown which resulted in the vulnerable being taken advantage of. The author of a new novel set in the period tells us about five Zulu men and their attempt for freedom through the British courts. 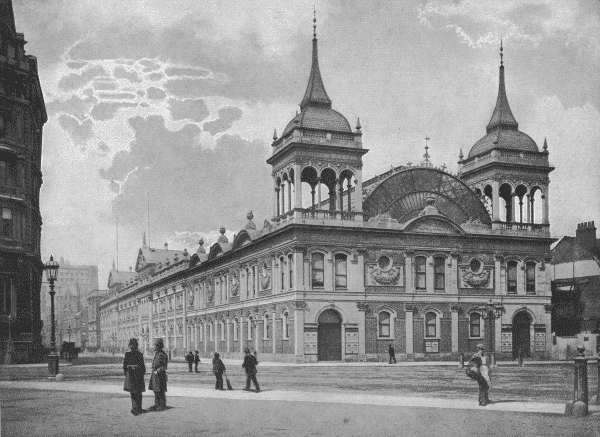 The Royal Aquarium in 1876
Home » Articles » Zulu Court: Farini and the ‘Ethnic Exhibitions’

The story in my latest book, Arrowood and the Meeting House Murders, is inspired by the true story of five Zulu men from Natal (Somanquasane, Inconda, Maquasa, Istri and Inaquala) who appeared in Westminster Police Court three times in December, 1879, and January, 1880. They were first brought to court by Mr Behrens, a manager working for a showman, Mr Farini, who was exhibiting a group of Zulus at the Royal Aquarium. The manager reported that although they had signed a contract to perform, four of the men refused to honour their agreement, and he asked the magistrate to intervene. Through a translator, the men argued that they had not understood the contract as they didn’t speak English, and that they were now being prevented by the manager from leaving the house without a guard (a clause specified in the contract). They were also angry because their contract had been bought by Mr Farini from a showman in Paris without their permission, and they objected to being bought and sold ‘like cattle’.  Although Behrens asked for the men to be locked up for breach of contract, the magistrate said it was impossible, but he did advise the men to honour the agreement, warning them they could be sued if they did not. The Zulu men refused to comply, and the case was dismissed. 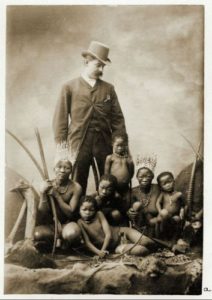 Farini with African women and children he used for his ‘exhibits’.

Ten days later, they were back in court, this time with a different magistrate. One of the Zulus (Inaquala) had brought a summons claiming Behrens had detained their possessions and would not return them. However, it was recognized by all that this was a pretext to have the court rule on the disputed contract. The new magistrate was concerned that the contract restricted their freedom, and recommended it be annulled and a new contract written. Behrens refused to contemplate this as he believed that, if the Zulus were seen in public, it would affect ticket prices. He also asked that the men be removed from London if they refused to perform for him. The case was adjourned for a week so that Mr Farini could return from Paris and attend in person. A week later, the hearing was opened again. The Zulus’ possessions were returned to them by Farini and the summons dismissed. However, the magistrate urged the men to remain with Farini, saying that they would get into trouble alone in London. The Zulus again refused, saying they would work for somebody else. Farini stated he would not mind if they worked elsewhere, but he would get an injunction if they performed for another showman. The case ended with the magistrate again urging the men to work for Farini.

This story gives a fascinating glimpse into the situation faced by those who performed in ‘ethnic exhibitions’ in the Victorian era, and the limited options open to them. Although the court had no power to force them to work, or to force the showman to respect their freedom, both magistrates took it upon themselves to advise the men to work under these restrictive conditions. This story was reported and discussed in many newspapers, with some providing overtly racist and stereotype-laden commentaries poking fun at the Zulu men and blaming them for their intransigence. After the third hearing, the men disappear from the news, and I have no idea what happened to them. But it’s a rich slice of life, touching as it does on the empire, interracial encounters in the late 1800s, and the world of freak shows and showmen. I was so taken with it, I decided to write my own story about what strength have happened, using a fictionalized version of the court cases as the starting point. 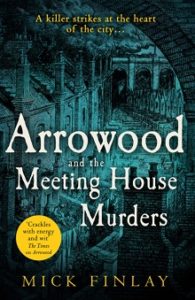 Aspects of History Issue Four is out now. 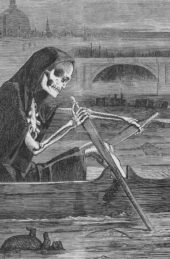 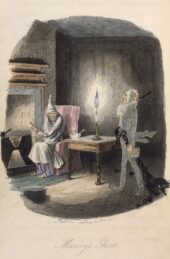 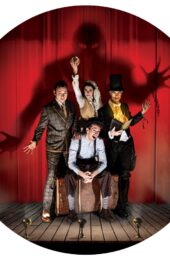 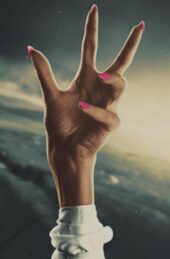