The myth of the Whipping Boy. 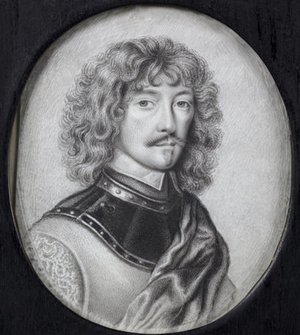 Fiction and other works of imagination have an insidious way of working their way into history. Stories that ring true, that look true, that appeal of our prejudices, become ‘fact’.  I have uncovered several examples of this form of historical truthiness in which plays, pictures and propaganda have created a past that is accepted as the genuine record. The story of the King’s whipping boy is just one example I unearthed while researching my new biography of Charles I: The White King.

Charles I’s closest childhood companion was a Scot called Will Morray, or in modern spelling, ‘Murray’.  The boy’s uncle, Thomas Murray, was Charles’s tutor. Charles had been born in Scotland and after his father, the Scottish King James, inherited the throne of England from the last Tudor, Elizabeth I, he had continued to favour his Scottish subjects amongst his family’s closest servants. As a result, although Charles arrived in England aged only three he would grow up to speak English with a slight Scottish inflection, detectable in his spelling of ‘hes for has’. William was not only an intimate friend, however, he is also said to have been Charles’s whipping boy:  legend has it that if Charles was badly behaved, it was Murray who was beaten.

In fact this is more than legend. It has remained – until now – asserted fact. The story that Will Murray was Charles’s whipping boy appears in the Oxford Dictionary of National Biography, which is an important work of record. Another entry asserts that during the Tudor period, Barnaby Fitzpatrick played the same role for Henry VIII’s son, Edward VI.

At first I accepted these stories of whipping boys and simply wondered what kind of psychological effect it would have on Charles as a child to know that if he was naughty, or lazy, or made a mistake in his school work, that someone else would be punished for it. As I reflected of this, however, it filled me with horror. Victims of torture say that the one thing worse than being tortured is being forced to hear others being hurt. Imagine not only hearing someone else being beaten, but knowing they are being beaten in your place and as a consequence of your own actions. Yet the employment of a ‘whipping boy’ was supposed to be a royal privilege?

If Charles or Edward VI had a whipping boy then it must have affected them profoundly and so, it struck me, this was not mere factoid to be dropped into White King as a curious anecdote, but something worth thinking about further. And as I did think about it, I began to feel that something wasn’t quite right. I was struck by the fact that I knew of no vogue for whipping boys in the sixteenth or seventeenth century. Charles’s contemporary, Louis XIII of France, was beaten when he was a child king, as was Charles’s father, King James. So where did the story come from?

The first reference to William Murray being Charles’s whipping boy that I could find dates to over seventy years after Charles’s death, and appears in Gilbert Burnet’s History of my Own Times. Burnet claimed this was why Murray was later so close to Charles. His comments carried a suggestion of ‘undue influence’, but no contemporary source mentions Murray in the role of whipping boy. The existence of royal whipping boys does, however, have earlier mentions.

Thomas Fuller’s Church History, which was published only six years after Charles’s execution, says nothing about Murray, but he does claim that Edward VI had a whipping boy in his childhood friend Barnaby Fitzpatrick. Again, however, I am unaware of any contemporary evidence from Edward VI’s reign for this.

I might be wrong, and one of you might know of convincing evidence that the role of ‘whipping boy’ really existed at the Tudor and Stuart courts. But first let me tell you why I have come to believe that the stories about Edward VI and Barnaby Fitzpatrick and William Murray and Charles I are invented.

It seems to me that their origins lie in Samuel Rowley’s 1605 play When you see me, You know Me in which Henry VIII appears with his former ‘whipping boy’, ‘Browne’.  Rowley’s play was written shortly after James’s tracts on divine right were published in England. It is, as far as I can discover, the earliest story about Tudor or Stuart whipping boys.

The stories of Charles I’s and Edward VI’s whipping boys are, I believe, based on nothing more than a literary phantom. It was conjured in the aftermath to the English publication of James’s tracts on divine right kingship, with their assertion that no subject could legitimately raise their hand in violence against God’s anointed, and this is their true origin. The stories of the Tudor and Stuart whipping boys has gained acceptance amongst historians simply by repetition, and is a good example of how myths come to be seen as fact and how fake history is born. 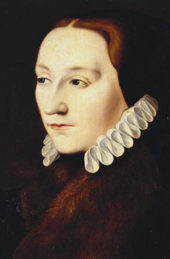 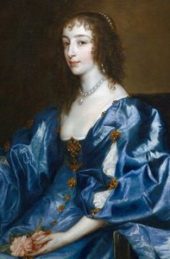 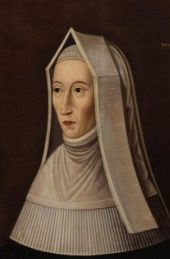