The Aspects of History Podcast

Home » The Aspects of History Podcast

Welcome to the Aspects of History Podcast.

Each month our editor, Oliver Webb-Carter, chats with acclaimed and bestselling authors about key moments in history.

Our podcasts are available on Apple, Spotify, Google and other podcast platforms.

Robert Lyman, author of A War of Empires, discusses the Far East campaign and the Indian Army in WW2.

Robert Lyman, the acclaimed historian joined us to discuss his new book, War of Empires: Japan, India, Burma & Britain 1941-45. Robert is the author of one of our authorities on the war in the Far East, and has written an acclaimed biography of Bill Slim. We discuss the Indian Army, and how by the end of the war it consisted over over 2 million volunteers, making it a key part of a new independent country. We also discussed the Chinese army and how important it was to the war effort in the region.

In Part Two Robert explains how the Indian Army learnt to fight the Japanese, the sheer waste of life by the Japanese leadership and finally he discusses Bill Slim – was he the greatest British general ever?

Dr Tessa Dunlop, the bestselling historian joined us to discuss her new book, Army Girls. Tessa is renowned for her impressive oral histories, and she spent one national crisis talking to veterans of WW2 as they recounted their experience of another national crisis. Part Two is now out, and she discusses the challenges faced by women among male troops.

We had the opportunity to discuss with legendary historian Norman Davies, his new book George II: Not Just a British Monarch. In the wake of the previous episode with Andrew Roberts on George III, what about the family that made him? Well, they’re pretty dysfunctional. Norman was also helpful in ensuring I was using the correct language and not looking at the king through a British lens.

In Part Two, Professor Davies continues to tolerate our editor, when discussing George II in his place as a European monarch. We also discuss the King of Slavery, as Norman has recently named him. You can buy Norman’s Book, George II here: https://amzn.to/3aZ60E7

Andrew Roberts, author of George III: The Life & Reign of Britain’s Most Misunderstood Monarch, discusses the American War of Independence and mental illness in the 18th century.

In this week’s Aspects of History podcast, we have Andrew Roberts, acclaimed historian and author of Churchill: Walking with Destiny, Napoleon the Great, Napoleon & Wellington and Masters and Commanders. He discusses his new book, George III, who reigned during tumultuous episodes in world history, including the Seven Years War, the American War of Independence, the French Revolution and the Napoleonic wars, and all the while dealing with a severe mental illness. I hope you enjoy our chat, and please do subscribe and give us a great rating if you do.

Sarah Gristwood, author of Tudors in Love: The Courtly Code Behind the Last Medieval Dynasty, discusses the Tudors and their seduction practices in a two part episode.

In part 2, Sarah goes on to talk about Anne of Cleves, Edward VI, how the code failed Lady Jane Grey and those favourites of Queen Elizabeth I. The courtly code reached its zenith during Elizabeth’s reign, but as we know, unlike her father she never married.

If you enjoy the podcast, please subscribe and give us a great rating. Up next time, Andrew Roberts talks about George III, king during the American Revolution, and famous for his depiction in The Madness of King George.

Sarah Gristwood, author of Tudors in Love: The Courtly Code Behind the Last Medieval Dynasty, discusses the Tudors and their seduction practices in a two part episode.

Sarah’s book is hugely entertaining, describing the romantic techniques, epitomised by the courtly code, employed by the Tudors. This podcast is part 1 in which Sarah explains what courtly love was, and then we move on to Henry VIII and Anne Boleyn.

In part 2, out next week, Sarah goes on to talk about Henry’s other wives, the tragic figure of Lady Jane Grey and perhaps England’s greatest monarch, Elizabeth I. I do hope you enjoy our discussion, and please give us a great rating if you do.

Roger Moorhouse, author of First to Fight: The Polish War 1939, discusses the invasion of Poland in 1939, in this concluding episode.

In Part Two of the podcast, Roger goes on to talk about the myth of cavalry against tanks, what the Poles went through, with numerous atrocities committed by the Nazis and Soviets, and why we in the United Kingdom are not as familiar with the Polish experience as we should be.

I do hope you enjoy our discussion, and please give us a great rating if you do. Next up, Sarah Gristwood on Tudors in Love, when we talk about the lives of Henry VIII, Elizabeth I and Anne Boleyn through their passion.

Episode One – Part One

Roger Moorhouse, author of First to Fight: The Polish War 1939, discusses the invasion of Poland in 1939, in a two part episode. 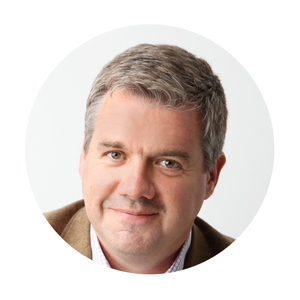 Roger’s book is very important – he explodes myths and uncovers staggering brutality by the 2 totalitarian powers. This podcast is part 1 in which Roger sets the scene, describing the first few days and the Nazi advance.

In part 2, out next week, Roger goes on to talk about what the Poles went through, with numerous atrocities committed by the Nazis and Soviets. I do hope you enjoy our discussion, and please give us a great rating if you do. 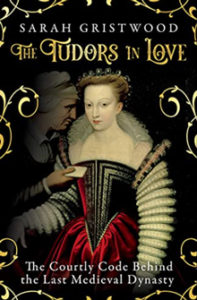 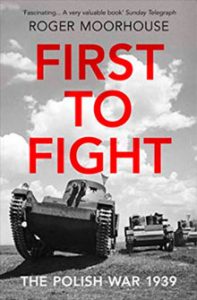