Servants through the ages, from the Tudors to the 1930s. 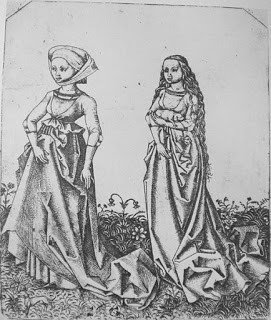 Lady with a servant in a meadow - c1500 by an anonymous German Engraver.
Home » Articles » Servants and Historical Fiction

In my life today I have no servants living in my house. The work done by servants in previous centuries is now done by machines, or automation has rendered it unnecessary. For a historical fiction writer the presence of servants in the house is a massive opportunity for drama and for insight.

In previous centuries a strict hierarchy was maintained and social classes were firmly divided. However it’s a mistake to think that all servants were lowly, as a life in service was usual, whatever your rank. In Tudor and Stuart times wealthy children could become servants at court, and this was regarded as an essential part of their upbringing. Tradesmen’s apprentices were treated like servants, but could also live as family with their masters.

The beauty of servants for a novelist is that their level of invisibility can shift and change – for example in Victorian households it was preferable that servants did their duties silently and unseen. This was often so successful that the employers forgot they were there, and revealed far more than they had intended to those below stairs. Servants have always been in an ideal place to observe. Expert at listening, because they had to be, they were students of mindfulness before the term was invented, and could become experts at ‘reading’ what might be required, or what the mood of their so-called ‘betters’ might be. For a writer, an eavesdropping servant can create any number of misunderstandings. Likewise, the fact that servants were entrusted with personal messages and correspondence is deliciously open to abuse.

The relationship between a servant and a master can obviously vary enormously, but can be used by a novelist to great effect. Both tension and humour is created in PG Wodehouse’s books by the servant Jeeves, of whom Sebastian Faulks says:

“The important things in life are handed on by subtler methods, by ‘breeding’ or instinct; and it is the life’s work of the gentleman’s personal gentleman to see that it remains so.”

Here is a servant who has the upper hand over a master, feels himself superior, and this works particularly well if the ‘master’ is new, inexperienced, or lacking in status. The reader suspects that Jeeves has actually more ‘class’ than his master.

When Jeeves is first consulted he usually regrets that he is ‘unable to offer a solution’. Naturally the plot could not develop the necessary complications if Jeeves were able to remove all difficulties in the first act, but whether his help might have been quicker and more enthusiastic had he been less affronted is something the reader must interpret. The suspicion that he is deliberately holding onto the solution adds piquancy to the master-servant relationship. Faulks on Fiction;

Some servants, such as Mrs. Danvers in ‘Rebecca’ reverse the roles to such a degree that they become sinister antagonists to the main character. In the film based on the book by Daphne du Maurier, here’s how the chilling Mrs. Danvers manipulates the second Mrs de Winter.

Mrs. Danvers: [moving towards her] You thought you could be Mrs. de Winter, live in her house, walk in her steps, take the things that were hers! But she’s too strong for you. You can’t fight her – no one ever got the better of her. Never, never. She was beaten in the end, but it wasn’t a man, it wasn’t a woman. It was the sea!
The Second Mrs. de Winter: [collapsing in tears on the bed] Oh, stop it! Stop it! Oh, stop it!
Mrs. Danvers: [opening the shutters] You’re overwrought, madam. I’ve opened a window for you. A little air will do you good.
[as the second Mrs. de Winter gets up and walks toward the window]
Mrs. Danvers: Why don’t you go? Why don’t you leave Manderley? He doesn’t need you… he’s got his memories. He doesn’t love you, he wants to be alone again with her. You’ve nothing to stay for. You’ve nothing to live for really, have you?
[softly, almost hypnotically]
Mrs. Danvers: Look down there. It’s easy, isn’t it? Why don’t you? Why don’t you? Go on. Go on. Don’t be afraid…

The servant can often be more aware of the irony of their situation than the master. The master, intent on good works within his/her limited frame of reference, fails to see the exploitation within their own household. This is a gift for a fiction writer who can revel in the double standards that ensue.

For example in the 1930s the socialist campaigner Ethel Mannin had a maid whose very assistance, the fact she was taking care of Ethel’s household tasks, enabled Ethel to campaign to abolish such class distinctions.

“It was snobbish; it was class distinction; it was exploitation but it worked,” the novelist Mannin wrote later. (Lucy Lethbridge, The Guardian)

In earlier eras it was an anathema for a servant to ape his master. In a Victorian play, when one character is mistaken for a coachman, another character explains:

It was imperative to be able to distinguish the master from the servant, so much fun can be had with ‘The Prince and The Pauper’ type reversals, and the cases where servants impersonate, either willingly or unwittingly, their masters. All my books have servants as major characters, and it is one of the reasons I love the historical fiction genre. In only one of them, a Young Adult novel, ‘Shadow on the Highway’, does the mistress actually impersonate the maid, but it was such good fun to write. 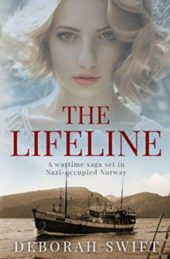 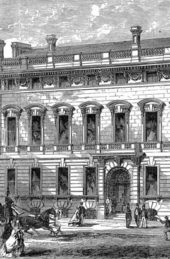 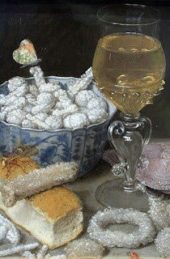