Five Favourites: Books on the SAS

The Special Forces historian picks his favourite books on the SAS.

Christopher Sykes was an intelligence officer in 2SAS who, in August 1944, parachuted into eastern France as a member of Operation Loyton. It was an ill-fated mission, located in the thickly-forested Vosges mountains, timed to coincide with General Patton’s drive into Germany. But the American advance petered out in late August and the SAS were trapped 15 miles east of the main German defensive line on the River Moselle. One of the chapters in Four Studies in Loyalty – entitled ‘In Times of Stress’ – is devoted to the operation and explores the psychological effect for soldiers and civilians. It was written only months after Sykes returned to Britain, unlike 31 of his comrades who were caught and executed by the Nazis. Although Four Studies in Loyalty conveys the claustrophobia of the SAS operation, the book’s primary focus is on the suffering and steadfastness of the locals, who refused to betray the presence of the British to the Nazis who hunted them. “French people knew that information about parachutists could buy exceptional favours,” wrote Sykes. “How easy to whisper a word…how easy! But that word was not whispered.”

4. The Winged Dagger, by Roy Farran

Roy Farran is responsible for the ‘Winged Danger’ misnomer when it fact the SAS insignia, designed in 1941, was the flaming sword of Excalibur. But when Farran published his account of his time in 2SAS he (or his editor) decided that Winged Danger was a more gung-ho title. Aside from that error, Winged Danger is a stirring portrayal of Farran’s exploits in 2SAS, formed in May 1943 by David Stirling’s elder brother, Bill. Farran was a flamboyant and ruthless officer (he once returned a young SAS officer to his unit because in his opinion he was ‘weak, wet and windy’) but also a superb guerrilla fighter, who was aggressive and innovative in attacking the enemy, and who more than any other wartime SAS officer used the mobility of the American jeep to great effect.

3. Parachute Padre: Behind German Lines with the SAS, France 1944, by Fraser McLuskey

One of the most remarkable SAS characters was the Very Reverend Fraser McLuskey. The strongly-built Aberdonian abandoned his post as chaplain at Glasgow University in 1943 to ‘do his bit’. Having undertaken a parachute training course, McLuskey was posted to the Special Air Service Brigade and served with them for the last 12 months of the war. In June 1944 he parachuted into Occupied France with A Squadron, 1SAS, and it was this experience that formed the basis for his 1951 memoir, Parachute Padre. Admired and respected by the men for his physical (he was awarded an M.C) moral courage, McLuskey’s sensitive book captured the camaraderie of life behind enemy lines.”I had never lived with such a group of men before, nor do I expect to do so again,” he wrote. “It was easy to be brave in their company and difficult to be a coward.”

2. SAS – Men in the Making: An Original’s Account of Operations in Sicily and Italy, by Peter Davis

Peter Davis was a young officer who joined the SAS at the end of 1942 and served with the regiment throughout the rest of the war. Shortly after the end of the war he wrote an account of operations in Sicily and Italy based on his diaries but for decades his memoir remained unpublished. In 2015, twenty years after Davis’s death, his son published his father’s memoir, providing readers with a vivid picture of operations in the Mediterranean, although contrary to the subtitle, Davis was not an SAS ‘Original’, the collective name given to the first 66 recruits of the regiment in the summer of 1941. Davis was particularly strong in conveying the physical and temperamental characteristics of his fellow soldiers. Of the great and fearsome Paddy Mayne, he wrote: ” Under great jutting eyebrows, his piercing blue eyes looked discomfortingly at me, betraying his remarkable talent of being able to sum a person up within a minute of meeting him.”

1. Born of the Desert, by Malcolm Pleydell

A brilliantly evocative account of a medical officer’s service with the SAS in North Africa, Born of the Desert is the definitive book about the wartime regiment. Malcolm Pleydell joined L Detachment in the spring of 1942 (it expanded into the SAS Regiment in September 1942) and he wrote Born of the Desert under the nom de plume, Malcolm James, three years later. His descriptions of the desert environment are exquisite, as are his portraits of the men he watched go into battle. A shrewd judge of character with a novelist’s eye for detail, Pleydell recognised the strengths and flaws of his comrades, and he was candid in expressing the fighting man’s contempt for the desk wallahs in Cairo who sunned themselves on hotel terraces drinking pink gins while soldiers died in the desert.

Gavin Mortimer is the author of Stirling’s Men, The SAS in Occupied France, The SAS in World War Two and The Men Who Made the SAS. 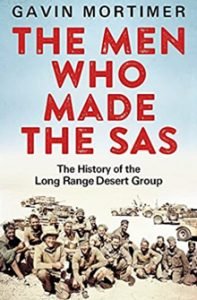 The Birth of the SAS in WW2 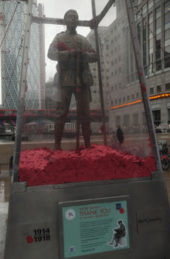 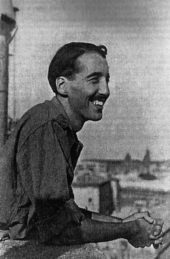 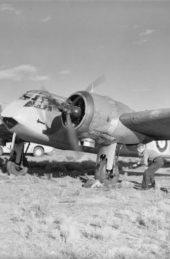