A tale of espionage during the Civil War. 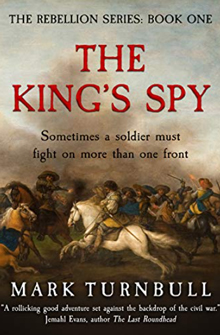 Mark Turnbull’s latest novella, The King’s Spy, is a fast-moving thriller set in the turbulent world of the English Civil War. Captain Maxwell Walker is a widowed Royalist cavalry officer and seasoned veteran of the Wars of the Three Kingdoms. Following the disastrous defeat at Naseby, Maxwell is tasked with retrieving the possessions of the King, among them a cypher, that if discovered by the enemy, could alter the outcome of the war. On his mission Maxwell is confronted with the very man who murdered his wife, and must play the turncoat and restrain his desire for vengeance. However, when his actions earn him the enmity of both sides, our hero must fight to restore his name.

Turnbull tells a deeply human story of conflicting motivations and intense paranoia in the chaotic final years of the Civil War.  His ease of style and seamless balance of rich historical flavour and gripping plot, reflect his years of study and a familiarity with the period. Engaging, bloody and never predictable, Turnbull crafts an engaging narrative, filled with the action, suspicion and violence of a nation turned against itself.

Carefully balancing history and engaging narrative is where Turnbull really shines. Often in historical fiction, important historical figures, pieces of equipment and events are shoehorned in for historical flavour and dialogue feels forced and unnatural. There is none of that here. Every chapter is full of motifs, and every interaction alludes to larger themes, motivations and deeply held historical convictions. Key events, equipment, and important figures are interwoven into the narrative without ever overshadowing or slowing the flow of the story. Dialogue between characters is both authentic and absorbing, whilst simultaneously remaining familiar to a modern reader.

A particular success of the novel is its pacing, the prose is fluid and beautifully crafted. A notable achievement that makes this thriller an absolute pleasure to read. Nowhere is this more evident than in the opening chapter. During the closing stages of the battle of Naseby, the author creates a rhythmic and visceral introduction to the brutal world of the Civil War. The thunder of musketry and hooves is palpable, and the flow of the writing mirrors the rapid cut and thrust of battle. This skill is carried out through the story, whether during intimate struggles or epic sieges. Structurally, this fast pace is continued throughout, chapters are short and are dripping with character, never boring.

This Novella is an exemplar of historical fiction done right. The balance between history and fiction is excellent, the narrative is engaging and multi-leveled. It would succeed even without the immersive and brilliantly crafted historic world, that Turnbull has so effortlessly woven into his story. The King’s Spy is an excellent start to a new series, and one which I will be following. 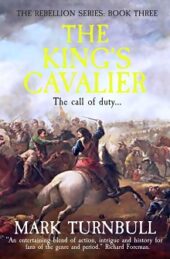 The King’s Cavalier, by Mark Turnbull 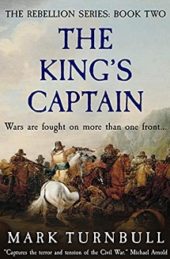 The King’s Captain, by Mark Turnbull 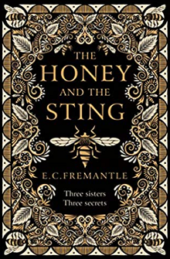