Let there be Justice. 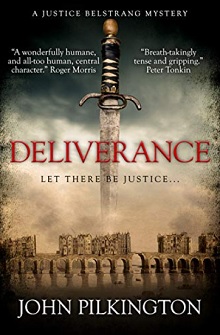 Deliverance is the final instalment of John Pilkington’s gripping trilogy, which returns to 17th century England and the life of the now-retired Justice Robert Belstrang.

Despite Belstrang’s plans for quiet, the world seems to have other ideas, and what follows resonates especially well with the today’s readership. There is a great comet in the sky which trusty steward Childers declares means trouble, and in that sense, he is correct; the comet becomes a familiar refrain, reappearing with every dramatic turn of the narrative.

Although Belstrang does not consider that the comet is the source of his problems, problems nevertheless arise. The first comes in the form of a letter from King James, who has decided to bequeath Belstrang’s beloved estate Thirldon to an associate. The second upheaval arrives with another letter, this one from an old friend, grieving the recent loss of his brother, John.

So it is that Belstrang leaves behind Thirldon and heads to see Richard Mountford – little knowing it will be a considerable amount of time before he returns. His interest is piqued when he finds the estate in the control of the Mountford son, Francis, with Richard bed-ridden, who is convinced that John’s death is shrouded in mystery. Belstrang promises his friend he will investigate, and we follow him to the Forest of Dean.

Belstrang masquerades as an interested contractor, using his intuition to investigate, immediately finding that the foundrymen are reluctant or even hostile, and do not reveal any information about John’s death, or indeed about what it is they are producing at the foundries, and for whom. One thing becomes increasingly clear – John’s death was no accident, and this cover-up is no coincidence. it seems that the simple foundrymen in the villages of the Forest of Dean are wrapped up in something much more than just the shipping of cannons on behalf of the King.

Pilkington’s depiction of the England of 1618 reveals an underlying tension across several areas that reminds us of the similarly complicated nature of the world today. Although the issues may not be the same, many of the themes behind them – of distrust, uncertainty, frustration and discontent – are familiar refrains. There is a deep mistrust of strangers, both those from within the country and even more so those from without. There is a frustration with the erratic tendencies of the king, and in particular the powerlessness of the common man – or even a man such as former-Justice Belstrang himself, who despite his prolific career of public service, is faced with the loss of his estate, perhaps even without financial compensation. There is a hint of religious disagreement and mounting global tension, and the war with Spain that is to come – the war, in fact, that never really ended, forming just another part of the Thirty Years and Eighty Years wars.

The narrative, like the dialogue, balances the archaic and the familiar, weaving a classic tale of intrigue. Death, religion and treason blend to underpin an investigation laced with mystery, and Belstrang’s skills are once again put to the test in a tense and twisting narrative that does not disappoint.

Deliverance is published by Sharpe Books, and is the final in the Justice Besltrang Mysteries Trilogy. 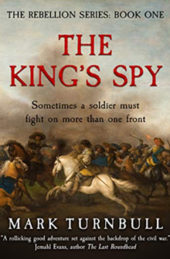 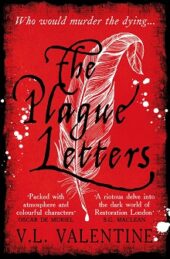 The Plague Letters, by V.L.Valentine

The Wrecking Storm, by Michael Ward