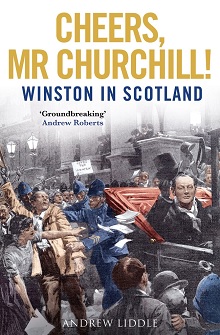 Winston Churchill refuses to die. Through film and television – not least The Crown and Darkest Hour – he reappears, chewing cigars and epitomising an imagined British bulldog spirit. He lives on, too, as an ogrish bogeyman, his appalling racial prejudices now freely scrutinised; and the legend – and, as Andrew Liddle demonstrates, it is a legend – of his ordering tanks into Glasgow’s George Square to suppress strikers in 1919 remains a rallying point against the autocratic and heavy-handed historical moves of the UK government (the heavy-handedness is true enough, but Churchill actually advised less militancy). Churchill, in short, is a man everyone knows, or thinks they know, and most hold opinions of, good or bad. Yet as this book shows, there is much more to be said – and all of it revelatory and fascinating.

The focus of Cheers, Mr Churchill!, is not, refreshingly, World War II, nor even Churchill’s last years. Liddle focuses instead on the politician’s relationship with Britain’s northern nation, Scotland, whose Westminster seat of Dundee he held between 1906 and 1922. Too often brushed over as unimportant, as the more prominent parliamentarians focused their attentions on Westminster – where it was their job to enact the manifestos which elected them – rather than their constituencies, what emerges from the study of these years is a complex relationship between Englishman and city (and nation). Nuance and rigorous scholarly investigation is, in popular history, too often eschewed in favour of familiar and somewhat simplistic stereotyping, but Liddle reminds us that complexity – in the right hands – can make marvellous reading.

This is, like all good history, a book about relationships: Churchill’s relationships with Ritchie, Wilkie, Morel, his wife Clementine (and so women’s suffrage), and the press (in ways which offer sobering lessons on today’s links between politicians and the media). Yet his relationships with Dundee and Scotland are perhaps the most interesting.

Churchill himself emerges not as a stereotype but a more liberal (and free-trade Liberal) figure (before Conservatism reclaimed him). His hallmark in these years was cooperation, caution, and a surprisingly lively interest in promoting and working towards social reform (although his private hubris and wit are not neglected). In Scotland, he was no local hero, but he had an abiding interest in Home Rule; he was, in his view, doing Dundee a favour, yet he was willing to engage with the industries and sometimes-amusing politics of the area – and he remained sensitive to local perceptions of himself.

Due to his complex legacy in Britain and abroad, Churchill remains an important figure – a live figure – in British and Scottish constitutional debate. Liddle explores why, shedding new light on historical attitudes to the man which have searing relevance in twenty-first-century arguments about Churchill’s role in nationhood and union. Cheers, Mr Churchill! will be of great interest to readers on all sides of these debates. It makes for a masterclass in myth-busting, balance and page-turning readability. 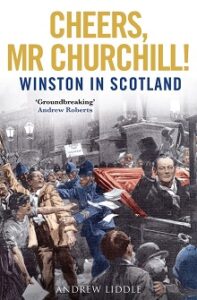 Cheers, Mr Churchill! Winston in Scotland is out now and published by Birlinn.

Steven Veerapen is a historian and author of Of Blood Descended. 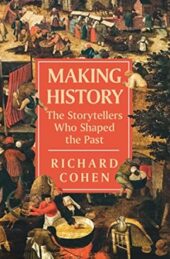 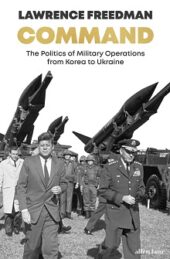 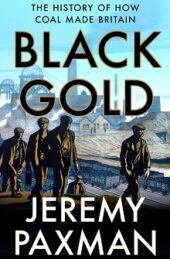