The search for a legendary sword.

David Pilling is a prolific author of historical fiction. With interests ranging from the Byzantine Empire, the post-Roman period in Britain and the British and Irish Civil Wars, he has written numerous tales of blood and chivalry across these eras. Caesar’s Sword: The Red Death is one such story and as its protagonist explains in the first chapter: ‘Unless you are some benighted savage with no knowledge of the world beyond your immediate ken, you will have heard of Arthur’ whose name ‘resounds from the Island of Britain like a trumpet.’ This, of course, is a reference to the King Arthur–legendary sovereign of the Britons according to the Latin pseudo-history of Geoffrey of Monmouth–whose ethereal sword laid waste to men and whose disappearance in the early-sixth century plunged the realm into darkness.

Pilling offers us a colourful history of that sword–an object we know today as Excalibur but that in Geoffrey’s time was called Caledfwlch–and of the wandering British princeling, grandson of the mythical once and future king, who considers the weapon his birthright. The preface opens in 568 AD whence the story’s hero, Coel ap Amhar ap Arthur, now old of age, begins chronicling his life story, doing so not out of vanity but ‘to leave behind a history that will serve as a lesson to future generations in survival and redemption.’ Better, he writes from a cloister in Brittany, if Caledfwlch had found its way to the bottom of the sea than into his hands; so much pain and destruction it has wrought. And with that declaration the greying Coel takes us back in time to his childhood and the days just after his father’s execution in the lead-up to Camlann. His life in the balance, he is smuggled to Paris where he lives in squalor alongside his once-regal mother and the last of his father’s loyal retinue, his only object of value a sword that once belonged to Arthur. In search of better fortune, Coel and his mother travel by caravan to Constantinople in the Eastern Roman Empire where, helpless and penniless, they are sold into slavery. In the process the young Coel is stripped of Caledfwlch, spending the next decades of his life trying to retrieve it. It is an odyssey that sees him rise from household slave to Hippodrome charioteer to soldier in the ranks of Justinian’s expeditionary forces in North Africa, all in the pursuit of destiny and in the hopes of freeing himself of his grandfather’s shade and shadow.

Surviving numerous attempts on his life–both on and off the battlefield–Coel returns to Constantinople only to find that even war heroes are not immune to the corruptions of the Imperial city. And yet, throughout these trials and tribulations, there is but one thing on his mind: an old Roman Gladius with short stabbing blade, broad of base with a sharply tapering point, an ivory hilt stamped with eagles and a bone grip well-worn and inlaid with stripes of gold; forged by Vulcan under Mount Olympus, a deathly magic pulsing through its metal; more than a sword a symbol, its wielder the rightful heir to ancient Rome.

As with most legendary swords in the Western literary tradition, the sword of Coel’s envy has its roots in Troy, with Pilling rolling up the different mythic blades of Arthur, Nennius, Caesar and Aenaes into one–Caledfwlch, Crocea Mors (Yellow Death), Angau Coch (Red Death) and Agheu Glas (Grey Death)–pillaging Monmouth, Wace and a host of others in the process, thereby highlighting Quinn Hargitai’s theory on the public’s enduring fascination with legendary swords which posits that ‘just as Joseph Campbell [in his The Hero with a Thousand Faces] argued that there is only one hero with many faces, perhaps there is just one sword with many hilts–a single blade destined to entrance us over and over again, century after century.’

E. Andrew Darden is a post-graduate researcher at University College London and was most recently appointed lecteur d’anglais at the Sorbonne Nouvelle in Paris. A graduate of the universities of Texas (Austin), Columbia and Cambridge, his dissertation explores legendary swords in the Angevin, Habsburg and Capetian royal courts of medieval and early modern Europe. 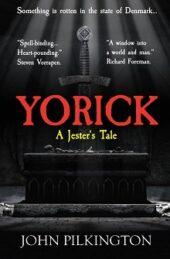 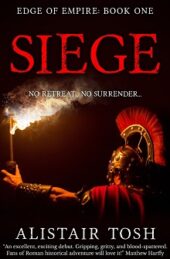 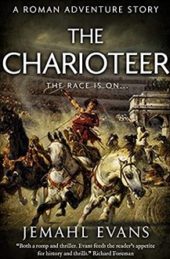 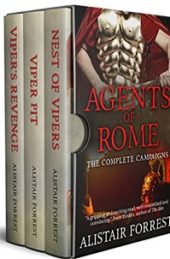