Berlin: The Story of a City

A new biography of the great city.

Home » Book Reviews » Berlin: The Story of a City

I must own up to a long preoccupation with Berlin. This began with my first foray to the then beleaguered city. It was in 1961 and I was a young platoon commander in the Rhine Army, given responsibility with my soldiers for the safe passage of a resupply train for the British garrison sent through the hostile territory of the hard-line communist GDR shortly after the first construction of the Berlin Wall. It was a tense time and the transit was not a simple business. The almost palpable atmosphere of threat we found when we reached the city – of a strong feeling of ‘Live today for none know what tomorrow may bring’ – is something I have never forgotten. Much later, in January 1989, by a strange twist of fortune, I became 21st, and it was to prove, last British Commandant of Berlin. In this role, it fell to me to make the final farewell speech on behalf of the Western Allies in the Berlin Parliament on the eve of German Reunification.

I was therefore particularly pleased to be asked to review Barney White-Spunner’s book which, beautifully written as it is, gives a brilliantly absorbing analysis of the broad sweep of 1000 years of the history of this extraordinary city and its people. He has been able to bring life to such a broad canvas, adroitly avoiding a litany of dates and names, by telling us the human stories of the people of a place whose citizens lived with and survived frequent political and military conflict over centuries. He reminds us of the contention between democracy, the free-thinking liberal and artistic movements that were always part of the essence of Berlin, and its resilient people – a spirit represented by an attitude of Berlin Unwille: ‘Berlin Unwillingness’. This in turn was buttressed by Berliner Schnauze; Berliner’s law abiding but sharp-witted, outspoken cynicism towards authority – and towards the autocracy of officialdom that had its final and most awful manifestation in the horror of Nazism.

The author’s descriptions of so many diverse and controversial figures are fascinating. I have, for example, a longstanding interest in Frederick the Great; he who was, to my mind, one of the very great rulers in history and was also a highly talented man of quite remarkable humanity in an age when harsh cruelty was the norm. The author brings him vividly to life, as he does many other renowned figures. These encompass men and women such as Bismarck, Hegel, Marx, Mahler, Marlene Dietrich and others, even including, in modern times, David Bowie who, stated ‘…Berlin is the greatest cultural extravaganza that one could imagine’. Neither does he ignore artists such as Käthe Kollwitz. Her very moving 1937/38 Pietà, a sculpture of a mother holding her dead son, stands in the centre of the Neue Wache guardhouse on Unter den Linden. This dignified place, designed by the great Berlin architect, Schinkel, is the focus for a German mourning to ‘the Victims of War and Dictatorship’. Earlier in the book and at a different end of the scale, the author quotes from the diary of a 17th century baker in the city. He tells us of some of the, again human, quirks of Berlin history: Napoleon’s nickname following his 1806 removal to Paris from the Brandenburg Gat of Schadow’s magnificent Quadriga was ‘The Horse Thief of Berlin’; in a later era, that hapless Communist party hack, Egon Krenz, last General Secretary of the GDR Politburo, was known to East Berliners as ‘Horse Face’ – very appropriate, you may think! As you would expect from an author with a military background, the maps and charts he has assembled at the beginning of the book are crystal clear and helpful. I, for one, found it refreshing to be able, at last, to unravel the astonishingly complex Hohenzollern dynastic succession, so replete with all those Fredericks and Frederick Williams!

What a story White-Spunner has told of one of the most exciting and fascinating cities, not just in Europe but in the world. Berlin, long a veritable Weltstadt that from its origins 1000 years ago as two humble fishing villages at the junction of the Spree and Havel rivers, has withstood the trials of war, of two devastating destructions, pestilence, religious pogroms and nationalist unrest, communist uprising and occupation, and yet, through the resilience of its remarkable people has survived and thrived. All this is superbly chronicled by the author whose love and respect for the city are made abundantly clear by his closing words. Here he describes Berlin as ‘…the most absorbing and exciting of capitals’ within which he exhorts us to ‘…walk’ and says ‘…if you are anything like me, you will still be walking [here] 40 years later’! I know the feeling and I share it.

Berlin: The Story of a City is a book of outstanding quality. Written with great flair, it is always scrupulously fair and balanced while pulling no punches. It is manifestly the result of prodigious research. I commend it most strongly to anyone interested in the history of the capital city ‘…which has for so long been the model to which Germany aspires as a nation’.

Major General Sir Robert Corbett was the last commandant of the British Sector in Berlin, and present when the wall came down in 1989. 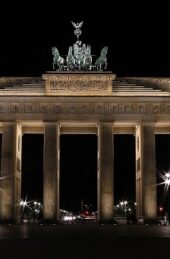 The Story of Berlin 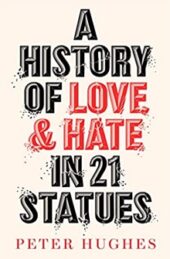