Theodore Brun is author of the critically-acclaimed historical fiction series, The Wanderer Chronicles.

He studied Dark Age Archaeology at the University of Cambridge and afterwards worked for several years in international arbitration law – first in London, then Moscow, Paris, and finally Hong Kong.

In 2010, with the germ of an idea for a novel in his head, he quit his legal job in Hong Kong, jumped on a bicycle and pedalled 10,685 miles across Asia and Europe to his home in Norfolk. There, he sat down in a spider-infested cottage to write the first volume in his epic historical fiction series, The Wanderer Chronicles. Four years later, Corvus Atlantic published his debut novel, A Mighty Dawn. The sequel, A Sacred Storm, was released in June 2018, with the third volume, A Burning Sea, following in September 2020.

Theo is a third generation Viking immigrant, his Danish grandfather having settled in England in 1932. You might say Viking tales are in his blood. Yet it was only through the unlikely portal of Wagner’s Ring Cycle that he discovered the hoard of ancient Scandinavian and Germanic stories which underlie the works of authors like Tolkein, CS Lewis, George RR Martin, Neil Gaiman, Giles Kristian and Bernard Cornwell to name a few. It was this material that provided the inspiration for The Wanderer Chronicles.

Theo is married to Natasha. They live in London, together with their girls, Ella, Talitha & Colette, and a wild dog named Wilmo. 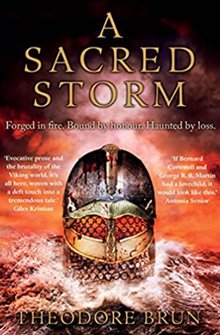 The Last Bastion of Europe

400 years before the First Crusade, Christianity was on its knees before an ascendant Muslim Caliphate.Yet only 80 years before that, in AD629, the late Roman Emperor Heraclius had staged a grandiose ceremony in the city of Jerusalem to mark the Empire’s final and emphatic victory over its ...
Read More

The modern city of Istanbul has been known by many names. Constantinople, Miklagard, the New Rome, the Queen of Cities, the Great City, Byzantium. But by any name, it has been the setting for many a great novel (and some not so great ones). I suppose when it comes to creative inspiration about ...
Read More

What prompted you to chose the period you wrote your first book in?In fact, the seed was a lecture I attended back in 2009 about an 8th century English missionary called Winfred. (He was later renamed Saint Boniface and is sometimes known as the Apostle to the Germans.) The lecturer recounted a story about Boniface chopping down
Read More 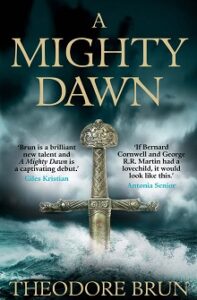 Theodore Brun, why did you choose the Norse era when embarking on your
Read More