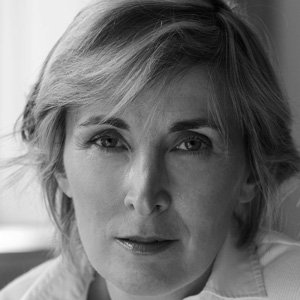 Leanda de Lisle read History at the University of Oxford and enjoyed a long career in journalism. This included weekly columns for The Guardian, The Spectator, Country Life, and The Daily Express. She still reviews for The Times, Literary Review and The Spectator and writes features for History Today and BBC History magazine, as well as a number of national newspapers.

Leanda’s first book, After Elizabeth: The Death of Elizabeth & the Coming of King James, was runner up for the Saltire Society’s First Book of the Year award. Her next, The Sisters Who Would be Queen: The tragedy of Mary, Katherine & Lady Jane Grey, described by historian John Guy as ‘ground breaking’ was listed by The Spectator in 2020 as one of their top ten books on royalty. Tudor: The Family Story (1437-1603) was a Sunday Times top ten bestseller and listed by The Times as one of their top 5 Tudor books. Her latest, White King, the Tragedy of Charles I, won the Historical Writers Association non-fiction Crown and was a Times book of the year.

Leanda has taken part, developed and consulted on several TV documentaries. These include Gunpowder Plotters, In Their Own Words (BBC2), England’s Forgotten Queen, The Life and Death of Lady Jane Grey (BBC4), Charles I: Downfall of a King (BBC4), Charles I: Killing a King (BBC 4), Henry VIII, Bloodlust and the Boleyns (Channel 5), Henry VIII, Endgame (Channel 5). She is regularly interviewed on history podcasts and her radio appearances include Start the Week and Woman’s Hour. 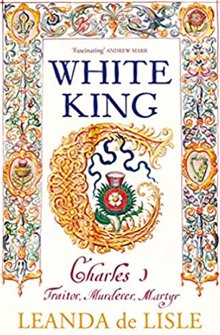 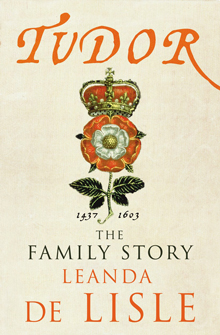 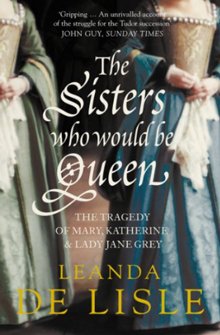 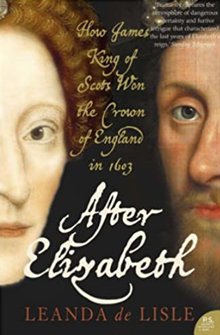 A renaissance-hunting scene opens Trevor Nunn’s 1985 film, Lady Jane. Amongst the white clad riders is Frances, mother of the future Nine Day’s Queen. When the doe is brought to bay, Frances dismounts. Soon a river of blood will run on the snow. The scene captures her historical reputation as a
Read More

On 30th January 1649 parliament cut off Charles I’s head. A year later the ‘king’s crown’, dating from the early Tudors, was ‘totally broken and defaced’. Charles’s father King James had called it ‘the symbol of a people’s love’.  Parliament valued it at £1,100.  The jewels were sold. The gold ...
Read More

Sixteen warships hunted Henrietta Maria through a stormy north-sea. In February 1643, forty years after Elizabeth I’s golden age, England was at war with itself. Charles I was fighting parliament and their navy wanted to capture his queen. The bad weather cloaked her disembarkation on the ...
Read More

The coronation of the first Tudor King, Henry VII, was planned with his mother, Margaret Beaufort.  Henry had spent his entire adult life in exile and barely knew the kingdom he was now to rule.  Margaret, by contrast had taken part in the court ceremonies of three earlier kings. It was ...
Read More

Fiction and other works of imagination have an insidious way of working their way into history. Stories that ring true, that look true, that appeal of our prejudices, become ‘fact’.  I have uncovered several examples of this form of historical truthiness in which plays, pictures and propaganda ...
Read More

How to Kill a King

The Painted Chamber in the Palace of Westminster was a wonder of the thirteenth century. But the faded images were now obscured by tapestries; the medieval world barely intruded into the new on 8 January 1649, when men in military buff coats or plain Puritan suits, sat at trestle tables and ...
Read More

With his wife, Anne Bolyen, in the Tower, Henry VIII considered every detail of her coming death, pouring over plans for the scaffold. As he did so he made a unique decision. Anne, alone amongst all victims of the Tudors, was to be beheaded with a sword and not the traditional axe. The question
Read More

The common phrase is that history is written by the victors. Do you think this is true?Yes it is true, and it is one reason why a subject is worth returning to again and again. Each generation brings new insights to the past – or at least they should! It amazes me how often you see old lies repeated because they appeal to particular, long standing, prejudices.If you could meet any figure from history, who would it be and why? Also, if you could witness any event throughout history, what would it be?I would want to meet Jesus Christ (a not very modest choice I know!). No single figure has shaped modern European civilisation to anything like the same degree (as Tom Holland describes) and therefore shaped all of us who live in Europe. This is not to mention the influence Christianity has had across the rest of the globe. The Goans were Christian long before the British!  We tend to forget that. The event I would like to witness would be the Sermon on the Mount. If you could add any period or subject to the history curriculum, what would it be?The travel writer Colin Thurbon once told me that to understand a people you must first understand what they believe. The same is true if you study people in the past. The lack of religious education makes it more difficult to understand our ancestors – and ourselves as their prejudices still shape our own.  I would add the study of belief.If you could give a piece of advice to your younger self, either as a student or when you first started out as a writer, what would it be?Keep notes. Plough On. If you are going to write honest book reviews know you will make vindictive and powerful enemies.Can you tell us a little bit more about the project you are currently working on?I am writing a biography of Henrietta Maria, the wife of Charles I and who is a prime example of a reputation that has been shaped by the victors – her enemies. I have to say I am really enjoying writing it and hope readers will one day enjoy reading it!
Read More