Historian Dr Helen Fry has written numerous books on World War Two with particular reference to intelligence, prisoners of war and the secret war, but also the 10,000 Germans who fought for Britain. Her acclaimed book The Walls Have Ears was in the Daily Mail’s Top Books of the Year for War (2019). She has written over 25 books – including The London Cage about Britain’s secret wartime interrogation centre.  Her latest book is MI9: A History of the British Secret Service for Escape and Evasion in WWII – the first history of the service for 40 years, and has been shortlisted for The Duke of Wellington Military Medal 2021.

Helen is the leading expert on the ‘secret listeners’ at special eavesdropping sites run by British intelligence in WWII, including widespread media coverage and in-depth research into the bugging of Hitler’s generals at Trent Park in North London. She is the official biographer of MI6 spymaster, Colonel Thomas Joseph Kendrick.

She is an Ambassador for the Museum of Military Intelligence (UK), President of The Friends of the National Archives, an Honorary member of The Association of Jewish Refugees and an associate editor of Eye Spy Magazine. Helen undertakes speaking engagements at bespoke corporate events. She lives and works in London. 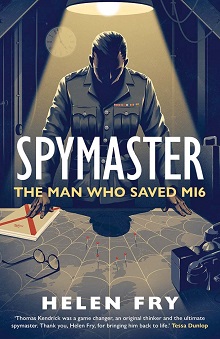 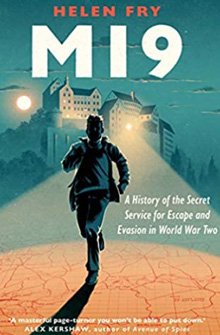 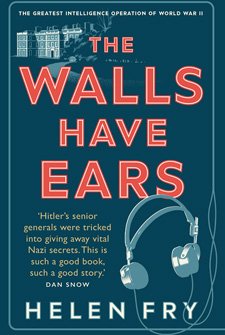 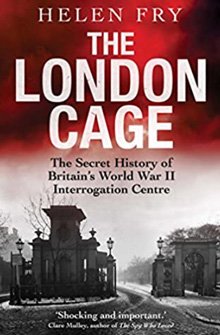 When the Walls Had Ears…..

As German tanks rolled over the border and occupied Poland on 1 September 1939, one of Britain’s most senior spymasters MI6 intelligence officer Thomas Joseph Kendrick arrived at the Tower of London. Within a special compound, away from the public eye, he opened a unit that would secretly bug ...
Read More

MI9 is best known for the daring exploits of escape and evasion by soldiers and airmen in the Second World War. New research uncovered in declassified files by Eye Spy associate editor and historian Dr Helen Fry now adds to the superb histories of MI9 written after the war by Airey Neave, and ...
Read More

It was the 1st Duke of Marlborough (1715) who once said: ‘No war can be conducted successfully without early and good intelligence.’ That was also the belief of Hugh ‘Quex’ Sinclair (the head of MI6) in 1938 as Britain faced the escalating threat of war from Nazi Germany. Sinclair believed ...
Read More

A Secret Interrogation Centre in the heart of Kensington in WW2

In autumn 1940 British intelligence, MI9, opened a secret interrogation centre on behalf of in the heart of the millionaire enclave of London’s Kensington Palace Gardens. Taking over Nos. 6-7 and 8 & 8a, its commanding officer Colonel Alexander Scotland ensured that the mansion houses were ...
Read More

In the 1950s and 60s, Word War Two was a recent memory for most families who had nearly all been involved in the struggle one way or another. At that time, escape stories and the daring exploits of servicemen who had been captured regularly appeared on shop bookshelves. Films were released like
Read More

British Intelligence operations of the Second World War have been the frequent subject of both scholarly and creative attention, often appearing in popular culture in films such as The Imitation Game and A Call To Spy. Some might argue that there is little left to uncover on the topic, but ...
Read More

Most of us have probably never heard of Operation Foursquare, a top secret operation into Czechoslovakia at the end of the Second World War. On the night of 4th May 1945, an RAF plane takes off from Dijon in France, with four Czech soldiers on board, who have been given secret instructions. The
Read More

On a Saturday in 2012, journalist Simon Kuper had the highly sought-after opportunity to interview the last surviving traitor of the Cold War, George Blake, in his dacha (home) outside Moscow. As it turned out, Kuper is believed to have been the last Western journalist to interview Blake. Kuper
Read More

What first attracted you to the period or periods you work in?I have always been interested in history – inspired from a charismatic and quirky history teacher at school. As a teenager I loved to read historical fiction from the Tudor period. I was obsessed with Elizabeth I. However, doing A level history nearly killed my love ...
Read More