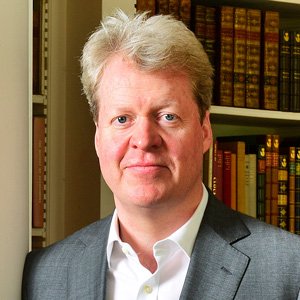 Charles Spencer was educated at Eton College, and took a degree in Modern History at Magdalen College, University of Oxford. He then worked in 30 countries as a reporter for the American network NBC for a decade from 1986.

He is the author of seven History books, including the Sunday Times bestsellers Blenheim: Battle for Europe (shortlisted for History Book of the Year, at the 2005 National Book Awards), and Killers of the King (the second highest-selling History book in the UK, in 2014).

Charles is also the 9th Earl Spencer, inheriting Althorp in 1992. He founded the Althorp Literary Festival. He has written for a number of UK and US publications including The Spectator, The Financial Times, and Vanity Fair.

He is the father of seven children. He is also a patron of Northamptonshire County Cricket Club, Cynthia Spencer Hospice, and the Brain Tumour Charity, and lived for five years in Cape Town – where he served as a Trustee of Nelson Mandela’s Children’s Fund. 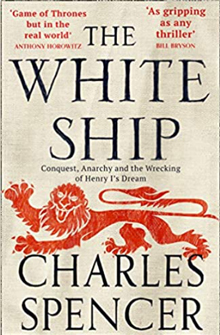 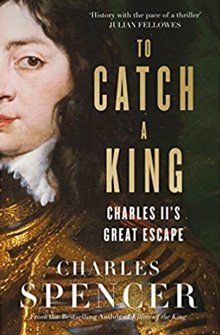 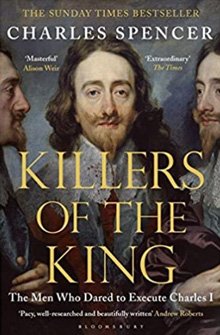 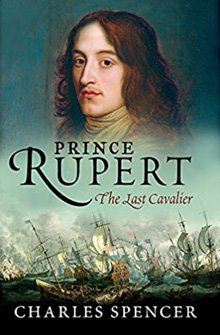 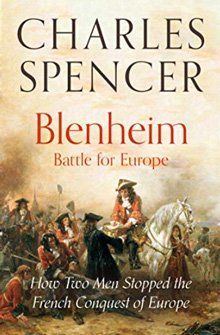 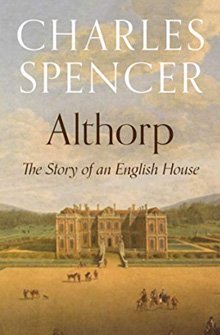 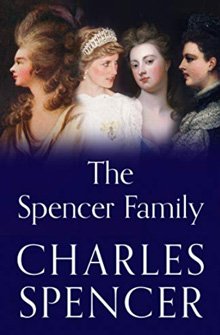 The Story behind the White Ship

When I pitched The White Ship to my publishers (William Collins), I ended with a shorthand reference to celluloid success: “Essentially, this is Titanic meets Game of Thrones – with a hint of Sliding Doors.”Tragedy, brutal ambition and chance lie at the heart of this historic tale, which ...
Read More

Henry I: The man who was never meant to be king

This article first appeared in the Catholic Herald.Henry was the fourth (and youngest) of William the Conqueror’s sons. Henry’s parents possibly intended him for the church: his education was entrusted to a bishop, and while his older brothers were instructed in the art of war, Henry ...
Read More

This article first appeared in The London Magazine.It is precisely nine centuries since the worst maritime disaster – which doubles as one of the greatest royal catastrophes – in English history. The 900th anniversary of the sinking of the White Ship fell on 25 November this year. The ...
Read More

The White ShipA very long time ago, when I started working as a reporter for NBC News in the US, a veteran colleague spotted my general cluelessness. He kindly took me aside and gave me this nugget of golden advice: ‘There are only three reactions you want in the viewer watching one of your
Read More

What first attracted you to the period or periods you work in?I gravitate to stories and people from the past who, I believe, have been wrongly lost to the shadows of History. Period is not such a driver for me – although my previous four books were from the Stuart dynasty. My latest work, The White Ship, harks back 900 years, and I have enjoyed tiptoeing into the Middle Ages.Can you tell us a little more about how you research? Has the process changed over the years?I read a lot on the period, then on the story, before taking notes. I start off with a rough idea of the number of chapters there might be, and I then have lever arch files, broken down into those chapters, and put my research into each section as I go. I used to write it all out with pen and ink, because I thought the contents went in deeper. But now I type it all up on my computer….The common phrase is that history is written by the victors. Do you think this is true?Official history may be written in that way, but all participants leave a footprint for later generations. I believe it’s the historian’s role to wade through it all, and get to the pertinent points for the reader. With a conflict such as the English Civil Wars – the subject of my three previous books – there is an enormous amount of propaganda from both the main sides, and from others.Are there any historians who helped shaped your career? Similarly, can you recommend three history books which budding historians should read?I loved reading Barry Coward’s The Stuart Age, at school. And he was guest examiner for the main history test at Eton. I got to meet him, and he further piqued my interest in his era. I would recommend Seeds of Change by Henry Hobhouse, The Face of Battle by John Keegan and Religion and the Decline of Magic by Keith Thomas, because between them - they give a good basis for economic, warrior and social historical study.If you could meet any figure from history, who would it be and why? Also, if you could witness any event throughout history, what would it be?I would like to meet Henry I. Such an underappreciated monarch, he opportunistically bound together England and Normandy (as his father, the Conqueror, had managed to do), cleverly relied on merit rather than bloodline in his key men, and cannily set up the Exchequer, to see the Crown was getting all that was due to it. He had a fun side, with his court turning to learning and open enjoyment in the afternoons. He enjoyed life, while taking his duties as king-duke very seriously.I would like to have witnessed the Restoration of Charles II. It seems that London has never seen celebrations like it, since. Relief at the end of the bloodiest war suffered in Britain, mixed with enormous hope for the future.If you could add any period or subject to the history curriculum, what would it be?I would like to have been taught about Chinese history. I am very much enjoying Michael Woods’ book on the subject, and am trimming my ignorance a little.If you could give a piece of advice to your younger self, either as a student or when you first started out as a writer, what would it be?I wish I had done more work at Oxford. I am aware that that is not a very original sentence!Can you tell us a little bit more about the project you are currently working on?I am making inroads into a 20th century story that has intrigued me for a few years now. I’ve been jotting notes down for all that time. There are now more than 700 paragraphs of those notes, and I need to see if they work together.
Read More

The White Ship, by Charles Spencer

‘No ship that ever sailed brought England such disaster.’ So said William of Malmesbury writing in the 12th century about the events of a freezing cold November night in 1120 which ultimately led to the destruction of Henry I’s carefully engineered legacy. It was true then, and there is an ...
Read More