Today her books centred on medieval English history are sold in the UK and internationally. She lives with her husband in an 18th century timber-framed cottage in the depths of the Welsh Marches in Herefordshire. The area provides endless inspiration for her novels about the forgotten women of history. 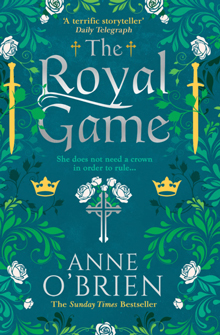 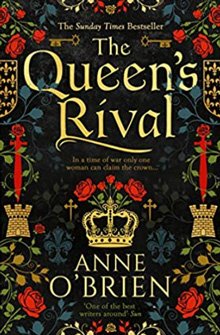 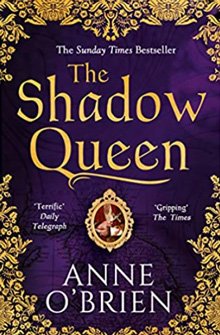 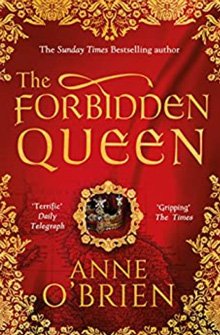 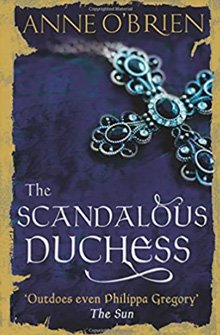 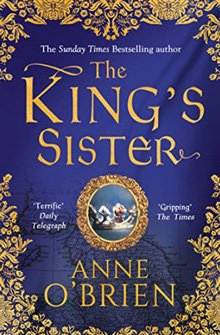 Scandal Hits the House of York

The piety of Cecily Neville was much praised during her lifetime, particularly in her later years.  Her pride was also widely acknowledged.  Proud Cis has become a recognisable epithet.  Yet scandal raised its ugly head.  When her husband was commanding the English forces in France and Cecily ...
Read More

How to Divide a Family: Make a Will

It has to be said that the Paston family was forced to into a permanent struggle against adversity in their ambition to rise from peasant to gentry.  Faced with the great magnates in Norfolk, the claims on their estates by men more powerful than themselves, it drove them to take up arms.  But ...
Read More

The Queen’s Rival The objective of an academic historian, I would suggest (although I am willing to be argued down) is to research a subject from all available sources and report the findings to provide an acceptable cause/consequence scenario based on the evidence to hand. The more ...
Read More

Elizabeth of Lancaster, the subject of The King's Sister, was a fascinating woman, daughter of John of Gaunt and sister to Henry IV. Why did you choose to write about her?  My decision to write about Elizabeth of Lancaster, younger daughter of John of Gaunt and Blanche of Lancaster, was born out of my own initial ignorance (for which I am ashamed), followed by a visit to the Church of St Mary, a tiny rural church in the hamlet of Burford, Shropshire, close to where I live. I was invited by a local historical society to give a talk on Elizabeth’s life with a guided tour to her tomb for society members.  Being a recent ‘incomer’ to the area, I was forced to admit that I knew nothing about her other than her Plantagenet connections, her illustrious parentage, a sister who became Queen of Portugal, and that Katherine Swynford had been employed as her governess. Not enough for an informative or even an interesting lecture.  A personal visit to her tomb were essential. And there she is at Burford, in vivid colour. I knew that I must write about Elizabeth as soon as I saw her effigy. Clad regally in red with a purple cloak trimmed with ermine, she was every inch a Plantagenet Princess (the tomb is referred to locally as the Princess tomb). Her hair is fair, her face oval and her nose long. She wears a ducal coronet and her hands are raised in prayer, an angel supporting her pillow and a little dog holding the edge of her cloak in its mouth. She is quite lovely, although it has to be said that the tomb was probably repainted when it was given a Victorian make-over in the 19th Century, but at least in the original colours. The inscription carved around the edge of her tomb:

Here lyeth the body of the most noble Princess Elizabeth, daughter of John of Gaunt, Duke of Lancaster, own sister to Henry IV, wife of John Holland, Earle of Huntingdon and Duke of Exeter, after whose death she married John Cornewayle, Kt. of the Garter and Lord Fanhope, and died in the 4th year of the reign of Henry VI, 1420

Here was the woman who would become The King's Sister. Was she close to her brother and later King Henry IV? The evidence that exists suggests that they were as close as siblings were in medieval aristocratic families. They spent time together at the Savoy Palace in their childhood.  They exchanged gifts at New Year.  In spite of her second husband's treachery Elizabeth was made welcome at Court, and although this might have been so that Henry could keep a close eye on her, Henry was quick to look kindly on Elizabeth.  She was able to regain control of the Holland properties, forfeited on the execution of John Holland, as well as the new house built in Devon, Dartington Hall.  Elizabeth received her dower: a life annuity of 1000 marks. Henry seemed to bear no grudges, and perhaps thought that it to her since he had arranged a third marriage for her. Was she in love with the Duke of Exeter, not the choice John of Gaunt would have made, or was it her pregnancy that cause the marriage?  Tradition says that John Holland wooed Elizabeth, and as a result, since her first marriage was in name only, she seems to have fallen for his charms (he already had a colourful reputation!). Holland and Elizabeth in fact threatened to elope together, which suggests that she wished to remain with the man who had won her regard. So at Plymouth where he was collecting his invasion force, given little choice in the matter, Elizabeth's father John of Gaunt arranged a quick annulment from the first marriage. Elizabeth and Holland were hastily wed, and her father took them both off with him on his Castilian campaign, probably to escape any scandal at the English court. Do you think this marriage unfairly marred her reputation? She’s been described as ‘highly-sexed’, ‘wanton’, and ‘of less serious temperament’. I am sure that it was this scandalous liaison that blighted Elizabeth's reputation. Women were always decried in such circumstances while such behaviour from men was either accepted or ignored. Chroniclers were quick to condemn women as wanton: such as in the relationships of Katherine Swynford and John of Gaunt; King Edward III and Alice Perrers. What part did she play in her husband’s plot against her brother?   What a difficult question this is to answer. We know that King Henry was informed of the Epiphany Rising to kill him and his four sons at the tournament at Windsor in 1401 and restore Richard II who was imprisoned in Pontefract Castle, thus he was able to diffuse the situation and deal with the perpetrators. Who told Henry? Elizabeth assuredly knew, and would be torn between loyalty to her husband or her brother.  Or was it Edward of Aumale, Henry's cousin, heir to the Duke of York. Both fit perfectly as possible informants, with no true evidence either way. Interestingly Aumale was the only man involved in the plot not to be punished, and neither was Elizabeth.  Favours for information received?  Henry had enough enemies without making more. She was well-connected during the 14th century, yet not particularly well-known. Why do you think that is? It may be the effect of her final marriage to John Cornewall, Baron Fanhope, that caused Elizabeth to disappear from history in the final 25 years of her life so that her earlier scandals were mostly forgotten.  Perhaps, married to a man who was a close friend and jousting companion of her brother, there were no further opportunities for her to become engaged in scandals or conspiracies. It seems likely that Henry gave her in marriage to Cornewall with this in mind; he dare not let her marry freely again, although Elizabeth did not seem to be resentful of this arrangement for her future, having admired Cornewall's jousting abilities. 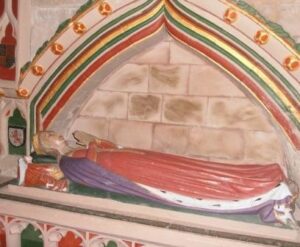 Thus for the last twenty years of her life (outside the scope of The King's Sister) Elizabeth faded into obscurity. What did she do with her time? I cannot imagine her living in rural domesticity in Burford or Devon, or in the magnificent Ampthill Castle that Cornewall built with money from the fortune he made at war. Perhaps she spent the years between her restored properties and the royal court of her brother and then her nephew, Henry V. I hope that she found some element of peace at last in what was an adventurous life, but I doubt it.  She was married three times, but her first husband was only 8 at their wedding (and she 17). Was that a common occurrence in those days?  This was certainly not uncommon.  Child marriages and marriages where the age difference was extreme were not unusual in the aristocracy where political contracts were of vast importance.  The common practice was for the marriage to be in name only until the two became old enough to live as man and wife with a marital relationship, usually around the age of fourteen years.  Elizabeth pre-empted this development of her own marriage to the young boy John Hastings, heir to the Earl of Pembroke, by engaging in the Holland adulterous affair.. What research did you carry out for the novel? As with many medieval women, much detailed information is lacking for Elizabeth except for the bare bones of her life and marriages, and the derogatory comments of the chroniclers.  Thus she is little more than a skeleton.  But those around her are so well documented - her father, brother and her three husbands - so that the events in which she would have been involved are there in depth to be used.  It is my role as a writer of historical fiction to slide Elizabeth into these years of turmoil and fill in the gaps for her so that she once more becomes a living entity. How do you choose historical figures to write about?  To become the leading character in one of my novels, there must be evidence of involvement in the politics of the day, in some major event or upheaval, or some clash of temperament. Contentious. Scandalous. Dramatic. All are acceptable, to give the novel tension and a page-turning quality. My protagonist's story must tell us something about the issues faced in medieval life where the life of a woman was not bound solely by stitching and praying in the confines of the solar. The opposite is, for example, Philippa of Lancaster, Elizabeth's elder sister.  Perfect daughter, perfect wife and mother as Queen of Portugal, with a family of great renown. What is there to say about her, other than that she fulfilled what was expected of her as a medieval woman?  Now Elizabeth so is much more interesting … Anne O'Brien is the bestselling author of The Royal Game and The Queen's Rival. The King's Sister was a bestseller when released in 2014.