Shari J Ryan on The Girl with the Diary

The author's relatives suffered terribly in the Holocaust, which has inspired her latest novel. 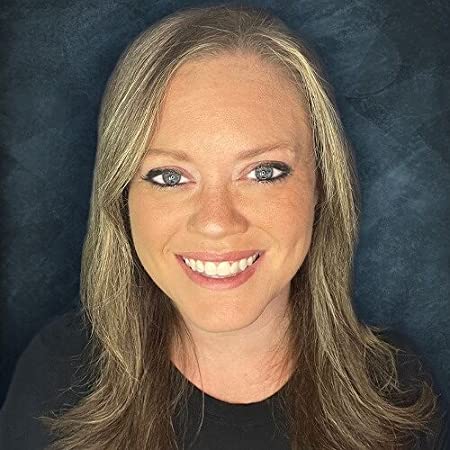 Shari J Ryan, many congrats on the new book. How hard was it to find inspiration for the plot of The Girl with the Diary amid the horrors and misery of the holocaust?

Thank you so much! It wasn’t hard for me to find inspiration for the plot of The Girl with the Diary. My grandmother and great-grandmother were both survivors of the Holocaust, both with secrets—some never shared, others whispered to us in passing. They left behind their memoirs, and the stories of a past I knew only a fraction about. Their history enlightened me to recover more of what was too difficult to speak about, and a plot fell together as I weaved their stories together, bringing them back to life within fictional characters.

Have you based Amelia or Charlie on anyone from the Second World War?

Yes, I had an inspiration for Amelia’s character from my grandmother, who survived life in the Theresienstadt concentration camp in Czechoslovakia. However, Amelia’s medical conditions came from a source of inspiration through my other grandmother, who lived with the same ailments. There was a lot of personal passion written into Amelia’s character. Charlie was an anomaly for me, though. He was my challenge, one to find the good in evil and to understand the initial conception of hatred.

Theresienstadt is a particularly gruesome place, with some of the Nazis most horrific crimes committed there. How did you discover the place?

In January 1942, my grandmother, great-uncle, and great-grandmother were all taken to Theresienstadt after being forced to leave their home in Pilsen. They deported all Jewish people in their region to the camp within a month’s time. Theresienstadt was originally a military town encircling barracks, but Hitler’s army converted the town into a ghetto and the barracks into prison blocks. The two parts of the camp were separate but all within the enclosure of the ghetto. The smaller sub-camp was called The Little Fortress, which is where my grandmother, great-grandmother, and great-uncle lived until the German soldiers deported my great-uncle to another camp, where he later perished.

The Nazis produced a propaganda film about Theresienstadt of the same name. Did you watch this as part of your research, and what are your thoughts?

I watched the film several times, before and during the writing process. I came to see how shocking and deceiving the propagated theatrics came to be, as well as how much work they must have put into creating a believable illusion of a very different environment than the prisoners were living within. They used the film as a preview for the Red Cross to watch before visiting the camp in person. The intention was to convince the Red Cross that the Hitler’s army was treating the community of Jewish people with nothing but the utmost respect.

Those who were part of the act knowingly took part as their lives continued to be at risk. Hitler’s army threatened the prisoners to portray a good life, one full of family, friends, opportunity, and benefits of being privy to entertainment by the local performing artists. They forged the community to appear like a “spa town,” a place anyone would want to live.

As I studied the film, I noticed pain, grief, and fear within many of the “actors’” eyes. Not one prisoner depicted the ideal look of health, even with clean clothes and staged props. The extra food rations they received were to help them avoid the sickly appearance of starvation. However, those who had already become emaciated were not candidates to act in the film.

Following the time-consuming development of the film, most of the “actors,” all of whom knew the truth behind the lies, were later sent to Auschwitz, where they faced their death.

One area of Theresienstadt that provides some comfort was the secret education system delivered by the prisoners to children, and the cultural life. Was this something that surprised you in your research?

It wasn’t as much of a surprise to me as it was to find out that the other concentration camps weren’t the same. I grew up learning about Theresienstadt, and a copy of  ...I never saw another butterfly… a bound compilation of Children’s Drawings and Poems from Terezin Concentration Camp 1942-1944 shared by my grandmother frequently throughout my life. The secret education and fragments of cultural life they could hold on to were the most common topics my grandmother spoke about. A large number of the prisoners in Theresienstadt were artists in some form, and many learned from each other. It’s clear through the book …I never saw another butterfly… that while some knew this would be the end of their life, others continued to have hope and dreams for a better future.

Why did you choose to write about the holocaust? After all, this is a bit of a departure from much of your previous work.

After my grandmother passed, I switched from Contemporary Romance to Historical Fiction. A new purpose found me in the wake of her death and I feel it’s important to me and my family to keep our history alive, specifically, the horrors of the Holocaust. I believe my grandmother and great-grandmother would want their stories and those of others to be depicted in a way that teaches a lesson to prevent history from repeating itself. Over the last several years, I have become infatuated with history and found this genre to be the best fit for me as an author.

In making the holocaust the subject of your novels, how much of a responsibility do you feel writing about the most sensitive area of the Second World War?

I feel a great sense of responsibility while writing these stories. The characters are fictional, but the setting in which they take place is not. The plots are based on various true stories left behind, and research is my priority with each book. While the research is very challenging, I feel a great sense of pride as I continue to become more educated on this vast topic. These books have been invaluable to me as a descendant of two Holocaust survivors, and my vow to portray accuracy is driven by the thought of my family watching over me as I keep their legacies alive.

I have more Historical Fiction novels with themes revolving the Holocaust in the works. I’ve spent a lot of time seeking smaller, less-known sub-topics to explore, hoping to enlighten readers with untold aspects of this time in history. 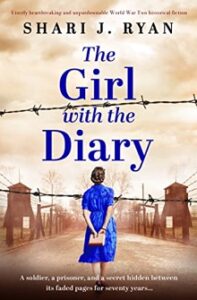 Shari J Ryan is the author of The Girl with the Diary, published by Bookouture. 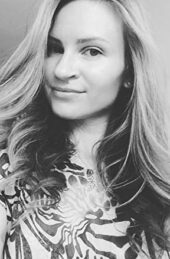 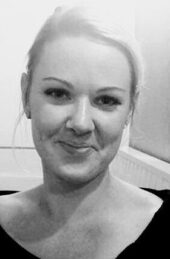 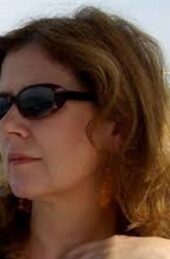