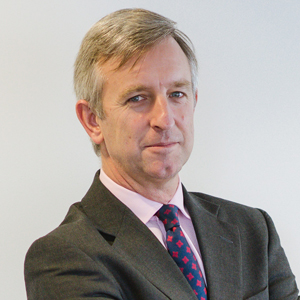 Robert Lyman, what first attracted you to the period or periods you work in?

I have been a voracious devourer of history since a child, reading everything I could from an early age, before studying history at O and A level and at university. I am not exclusively a military historian, in that my interests range widely. I studied Australian, Chinese and European History at school and the Medieval Church for my first degree. The Reformation and the theological arguments that framed the debate between the medieval church and Protestantism retain an enduring interest for me. My first manuscript (fortunately, never published, because it was, in retrospect, not very good), written whilst I was an undergraduate, was on the English church between c.400 and the death of Elizabeth in 1603. This was undoubtedly influenced by my tutors at York in the 1980s, who included Claire Cross and John Bossy. The positive influences of excellent teachers run deep! I am also intensely interested in international affairs – the subject of my second degree – but also in military technology and war studies (the subjects of my third and fourth degrees).  The military history dimension comes from my twenty-years in uniform in the British Army, and being immersed in this stuff every day. I need to mention the quality of some of the teaching I received in the army, beginning with men like John Keegan, David Chandler, Ian Beckett, Richard Holmes and other such luminaries at Sandhurst, Cranfield and Staff College, which encouraged me to dive deeper into the subject. My PhD – on Field Marshal Bill Slim, began at Staff College in 1996.

I study in concentric circles, beginning with the widest possible reading around my subject area. A feature of my books is the extensive context about the period and subject, to ensure that the events I end up describing and analysing can be understood properly. I then start homing in my subject, refining and questioning as I go. Talking to friends and colleagues and debating issues as the research develops is also a good way of working out what is important and what is not: the challenge is to avoid going down into rabbit warrens and studying aspects of a subject that doesn’t contribute much to the final story.

Yes, it’s true, but we mustn’t forget that the further we get from an event in history the more objective analysts like me (for that is what historians are) can be, unconstrained by the baggage of victory or victimhood. The curse of modern history telling, however, is the prevalence of the preachers among us, who use the platform they have to engage in ahistorical victimhood. These people, and there are far too many of them, are not in my view proper historians, as they use history as a means of presenting a modern political or ideological perspective quite alien to the people of the time about which they write.

The book that first got me interested in the modern history of the British Army was General Sir David Fraser’s And We Shall Shock Them, which I read when it was pressed into my hands on first publication in 1983. It tells the story of the transformation of the British Army during the Second World War. That led me to Field Marshal Bill Slim’s stupendous Defeat into Victory, undoubtedly the best general’s book of the Second World War. Another book I read as a young officer was Alan Bullock’s Hitler and Stalin, influencing me profoundly as an historian. These three books – which I heartily recommend – have led me to a writing career that straddles fascism in Europe and the war against Japan in the Far East.

I would love to have met Oliver Cromwell, a much maligned and misunderstood leader, but of course I’d love to sit down and chat with Bill Slim. One event in history?  There are lots. I’d have loved to have watched the Light Brigade undertake its bloody charge at Balaclava in October 1854. As General Bosquet observed, C’est magnifique, mais ce n’est pas la guerre: c’est de la folie.’ It would have been fabulous to observe the coronation of Elizabeth 1 in 1558, the execution of Charles I and the ramming of the Normandie Gates at St Nazaire by HMS Campbelltown in 1942.

I don’t think that any particular time or period of history is necessarily important, although I am a firm believer in understanding our own national history. Human beings are tied to time and place, and our origins are an important component of who we are, and who we consider ourselves to be. I am not an exponent of exceptionalism, but I do believe in the importance of identity. What is important is understanding how to interpret what history tells us about who we are, and where we come from. To do that we need the tools to analyse history, as well as knowing the events of the past. The two are inseparable.

The advice to myself would be to always evaluate every side of an argument. I have gone off half cock before, and always regretted it. I’m now very careful to evaluate all aspects of an issue before coming to judgement.

Can I extend the question to suggest advice for others? That’s simple. Read more. There is no substitute for reading as extensively as you can manage. Read widely, and don’t stop reading. Don’t read one book on a subject, but several, to get different perspectives and perhaps conflicting analysis. I have read over 100 books a year since I was 10 or 11, and apart from the problem of over-accumulation, its one vice that shouldn’t have too many negative consequences. As a writer, reading also allows me to observe through first hand experience, what good (and bad) writing can look like.

I’m busy with a range of projects at the moment. My ‘big book on Burma’ is being published in November. A War of Empires is a military history of the Burma Campaign that tells the story of the Far East between December 1941 and August 1942. I attempt to weave the strategic, operational and tactical stories together, to try to answer the question as to why the Allied forces involved did so badly in 1942, and yet managed to turn the tide against the Japanese in 1945. Its been a subject that has intrigued me for many years.

I’m also writing a short account of Operation Jericho, to tighten some of the arguments I made about MI6 and the RAF about the Mosquito raid on Amiens Jail in 1944 in my 2014 book The Jail Busters. 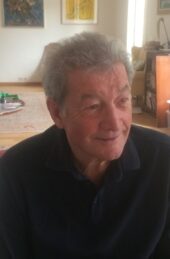 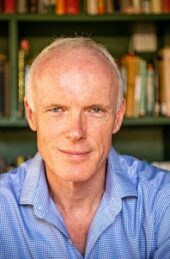 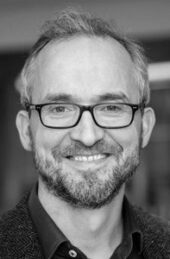