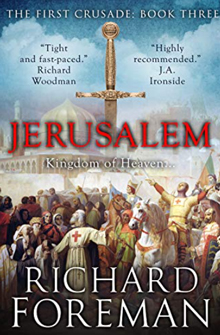 
I used to commit to a lot more preliminary reading before putting pen to paper, but there is a danger of over researching sometimes. There are a few periods I am now familiar with, so I tend to research while writing. Showing too much research, or thinking I’m an historian rather than historical novelist, can be detrimental to pace and story.

Suetonius and Plutarch were invaluable both for teaching me about the history of Ancient Rome, as well as teaching me about storytelling. There have been few better popular history books in the past decade or two than Tom Holland’s Rubicon. Should you be interested in the military history of the Roman Republic then I would recommend Adrian Goldsworthy. Ronald Syme’s The Roman Revolution is rightly considered a classic and essential reading, marrying scholarship with readability. Frank Mclynn’s biography of Marcus Aurelius was a great source of information and inspiration when writing the Sword of Empire series. Steven Runciman and Thomas Asbridge engage and entertain in regards to the Crusades. I read a number of books when researching the Band of Brothers series, but if I had to recommend one it would be Juliet Barker’s Agincourt. Early on in my career I wrote a couple of novels dealing with the Third Reich and Holocaust, A Hero of Our Time and Warsaw. Michael Burleigh’s The Third Reich and the works of Martin Gilbert are an excellent starting place.

I am going to be selfish and choose more than one. There’s a veritable cast list. Julius and Augustus Caesar may have shown despotic tendencies, but they would have proved engaging company too – and doubtless they would have put on a nice spread. A night out with Ovid, pre-exile, would have been fun. Agrippa also features in the Spies of Rome’s books, surely one of the greatest lieutenants in history. It was difficult to find fault with Bishop Adhemar, when researching him for the Crusaders series. I also enjoyed reading about C.B. Fry for the Raffles novellas. He could talk, as well as bat, for England by all accounts. But his talents and achievements were legion. I would of course like to meet Henry V, just not in battle.

There are few historical novelists writing today who do not admire Bernard Cornwell. Bernard is wonderfully modest and might describe himself as a hack. But he gave us a map, which we still follow and make a living from. George Macdonald Fraser created one of the great anti-heroes of literature. As much as Fraser is rightly praised, he may still be underrated as a novelist. In both creating a crime story – and creating a picture of Ancient Rome – I can highly recommend Steven Saylor. What all of the above authors do is compel you to read the next book in their series, as well as read up on the real history behind their narratives.

I am currently writing a modern crime thriller. I have a few options for the next historical project, however. Such has been the success of the Crusaders series, set during the First Crusade, that I am tempted to write a project based around the Third Crusade. I have also sketched out some ideas to write the first book in a series about Dick Turpin. I still receive the odd email prompting or prodding me to write another Augustus book as well. Too many books to read and write, but so little time – especially with my cholesterol levels. 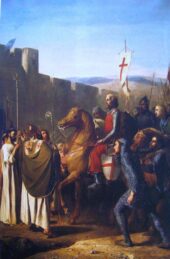 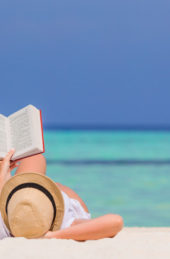