With the launch of his new novel, we sat down to discuss the history behind it.

Conn Iggulden, welcome to Aspects of History. You’ve written about ancient Rome, the Mongols, the Wars of the Roses and Early England, but in the last few years turned your attention to ancient Greece with Protector, why did you choose this period?

I look for stories first, before everything. With Caesar, it was discovering he was captured by pirates; with Genghis, being left to die by his tribe. Wars of the Roses came from Henry VI being in a coma for 18 months, while Dunstan was the discovery that one man had known seven kings! History starts yesterday – and contains all the great tales.

I avoided Greece for the longest time because of David Gemmell’s heroic fantasy on Alexander the Great. Lion of Macedon was so ridiculously good it meant I could never touch the period. That held true for almost twenty years, until I came across the extraordinary story of Xenophon. His eyewitness story of ten thousand Greek mercenaries fighting their way home is wonderful. I told it in Falcon of Sparta and in the process, realised I was enjoying ancient Greece.

My current series is the golden thread – those who stood at Marathon and Salamis, on to Pericles and war with Sparta. It is the foundation of Greece at Delos, the origin of the west. It’s also a great tale.

There are many great names from the Persian Wars (eg Aristides, Miltiades, Themistocles, Pausanias and of course, Leonidas), all of whom feature strongly in your novels, but Xanthippus is probably less well-known. Why did you pick him as one of your heroes for the series?

Marathon in 490 BC – the fennel field – was the origin point for me. There, we have Themistocles, Aristides, Miltiades and Xanthippus all in the field. They were the literal founders of Greece and they were all holding spear and shield on the same day.

Xanthippus was father to Pericles. Like Genghis, that is a name most of us have heard, without knowing much about his actual life. It’s not general knowledge that Pericles was evacuated twice as a child and made to watch Athens burned. There is a terrific story there, if I can do it justice. To understand Pericles, you have to know his mother’s family and his father. Wilbur Smith did it best with his Courtney series, I think. There comes a point where the reader knows the character’s family better than he does. That is a sort of magic when it works.

In Protector you describe Spartans and Athenians brilliantly – what research did you carry out to gain an understanding of the ancient world, and Sparta in particular?

It was important for me to go there. Standing on the Spartan acropolis and looking at the mountains around me – the ones Leonidas would have known – was an eerie experience. I was lucky enough to be there with my son, in silence. I do try to visit key places if I can, such as the Athenian Acropolis and temples.

I won’t put too much weight on my own martial arts, though I have taken part in competitions. You’d be surprised how things find their way into the books. Everything I’ve experienced, such as broken bones or being stabbed, is useful. The ridiculous stickiness of blood, for example. It’s all grist to the mill, the closer to reality the better. There will always be gaps to be filled – the Spartans kept a lot of their techniques secret. I read and learn all I can – that they didn’t like to box, for example. Boxing involves one man submitting and they didn’t like their lads being taught to lose. As the first truly professional soldiers, they must have been like wolves to other men.

I always found Alexander I of Macedon an interesting figure, and you’ve featured him wonderfully in the novel – the temptation by the reader will be to constantly think of his descendant, and you’ve made a delightful reference via the Persian general, Mardonius, in Protector. Did you enjoy writing his character, and how tempted are you by Alexander III (aka the Great)?

I am so pleased you enjoyed that! I put it in almost as an easter egg for readers. I was delighted to realise Alexander I was a key part of the story, though on the Persian side! Not that I can blame him. The Persian empire must have seemed unbeatable then. The amazing thing is that anyone thought they could stand against them.

I won’t say ‘never’ about Alexander the Great, but as I said above, after Gemmell’s treatment, even with the element of heroic fantasy, I don’t think I could do it better. The joy of reading Herodotus, for example, is the sheer number of wonderful stories. It’s like a historical fiction primer – even without Alexander the Great.

Protector deals with two major battles during the Persian Wars, Salamis and Plataea, with Gates of Athens concerning Marathon and Thermopylae, and the standalone Falcon of Sparta featuring Cunaxa and the retreat of the 10,000 from deep inside the Persian Empire nearly 100 years later. What is it about the clashes between East and West that interest you, more than say the many conflicts between Greek city states?

My plan is to go right through to the Peloponnesian wars. It’s not so much east and west for me, as the sheer wonder of courage in the face of impossible odds. I don’t mind if it’s a suicidal Robert Clive at Plassey, Egill Skiallgrimmson at Athelstan’s court, Oates stepping out for some time, Douglas Bader trying to escape on tin legs, or the musicians on the Titanic. Their courage is inspiring. If it isn’t, it’s not being told well.

5th century BC Athens was the crucible that produced Aeschylus, Aristophanes, Euripides, Parmenides, Aristotle, Socrates, Plato – all the names we still know, over two thousand years later. There are great tales there, without a doubt.

There has been some controversy over Themistocles’ message to the Persians during Salamis. I’m glad you’ve cleared it up, and his character shines through in Protector. Was he his own worst enemy?

My admiration for him probably did come through! There are always gaps in the record – and often, two ways of judging an event. For me, consistency of character is key. Themistocles sent a ‘warning’ to Xerxes that caused him to split his forces at sea. Only Themistocles would ever know if that was an attempt to win favour, or a plan to break the Persian fleet into more manageable halves. Personally, I think Themistocles was a genius and a ruthless operator. For me, he will always be a great hero. There simply aren’t many moments in history where one man saved his country on a single day.

On being his own worst enemy, it still surprises me how ruthless Athenians were with their leaders. After suffering under tyrants, they were clearly determined not to allow anyone to rise too high. Xanthippus and Aristides were both exiled. That was a terrific storyline to write – that when the Persians invaded, the exiled men had to be brought back. In that context, Themistocles pushed his luck once too often. The Assembly of Athens was clearly not a forgiving body, even to its heroes.

If you could invite two of your characters from Protector for dinner, who would you choose and why?

Assuming my conversational ancient Greek was up to it: Pericles, for the sheer wonder of his eyewitness account – and Themistocles, I think. I tend to get on with Greeks I’ve met. It could be something to do with enjoying red wine as much as I do.

Which ancient writers are your favourite in helping to help understand your characters and why?

Xenophon was a revelation for the way he records the Greek tendency to debate everything. A Persian general tells them that they are allies and should lay down their arms. The response is pages of argument – if we are allies, we are surely more useful armed; if we are their enemies, swords will be vital for our defence… and so on. I share that love of words and discussion that characterises the Athenians!

Thucydides has a lot of the same sort of thing. Events are key, of course, but it’s the explorations of character that make names real to me. Herodotus is peppered with anecdotes along those lines, like Aristides scratching his own name for an illiterate man to vote him into exile. For me, history is not a collection of battles, but the lives of those who lived through them.

I enjoyed reading Aeschylus, as his plays came into the plot with Pericles. Finally, Plutarch has always been a big player for me – for his lives of Caesar and Brutus as well as Pericles.

At Aspects of History, we are very keen on the ancient world with a number of novelists and scholars contributing. Which modern-day scholars did you use for research?

When I’m trying to set a scene, I keep having to stop and think – did women ride side-saddle then? Did they have glass? Blast it, did they have spoons or not? As a result, I need books on the culture of the day. Daily Life in Greece at the Time of Pericles by Robert Flaceliere could have been written for me. He was a French classicist and lecturer. I feel about him rather as I felt about Christian Meier for his book Caesar, twenty years ago. I owe them.

Pericles – a Biography in Context by Thomas R Martin hits that sweet spot of brilliant research and clear language that I desperately need. Paul Cartledge’s After Thermopylae was excellent, as was J.F Lazenby’s The Spartan Army. I am indebted to all of them.

Conn Iggulden’s Protector is published by Penguin and is available now. 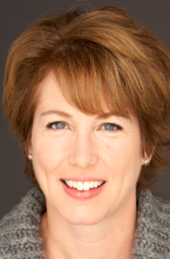