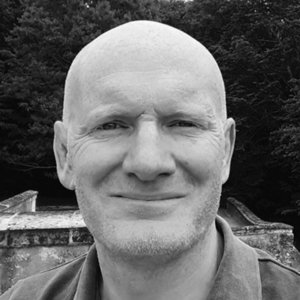 Action Man, the toy. When I was about six I got a Long Range Desert Group Action Man, and it was my pride and joy. It started my obsession with World War Two special forces, so when I actually got to meet some real life LRDG action men it was a magical moment.

I love researching. There’s a bit of a geek in all of us and for me it’s researching. Persistence is key; I can’t tell you the number of times I’ve unearthed a crucial nugget of information when I’d thought I’d surely mined one particular archive.

Obviously the internet has made life immeasurably easier. One example: in 2013 I was researching a book about Merrill’s Marauders, the US special forces unit that fought in Burma in 1944. I read an interview with a Marauder veteran in his local Ohio paper and the journalist had left his email address at the foot of the article. I dropped him a line, asking if he might put me in touch with the veteran, and within 48 hours I had him on skype. Without the internet that interview would not have happened.

In the immediate aftermath, yes. The losers have got other things on their mind than penning their memoirs, the clearest example being WW2. Of equal importance in my opinion is that history – particularly British history – is almost exclusively written by the middle and upper class. This gives a skewed version of history. Take World War One. Our view of that conflict has been heavily influenced by the likes of Owen, Sassoon, Graves, Blunden and Vera Brittain. They were sensitive, artistic middle or upper class people; it wasn’t until Lyn Macdonald’s books in the late 1970s and 1980s that we heard the authentic voice of the Tommy, many of whom – while they found going over the top terrifying – described the thrill of war, and their time in the army as the best years of their lives. I heard the same thing when I interviewed WW2 working-class veterans; most of them thoroughly enjoyed the whole experience of the war.

I read Vera Brittain’s Testament of Youth when I was 17 and it had a profound effect on me. Not in a pacifist sense – I’m certainly not a pacifist – but in understanding the humanity of war, and understanding that the greatest courage in war isn’t the soldier who charges the enemy machine gun nest but the soldier who endures and who retains his humanity amid the slaughter. Also, a lot of my books concern the passive courage and stoicism of women in war, for too long overlooked; the grief suffered by Vera Brittain was unimaginable.

Other books I’d recommend: Lord Moran, An Anatomy of Courage [1945], again a powerful insight into the psychology of war and what makes men react the way they do on the frontline.

Lastly, and changing theme, the polar historian Roland Huntford’s book, Scott and Amundsen, is a masterly work, shattering the hagiography of a figure (in this case, Captain Scott) through meticulous research and brave, bold prose.

Paddy Mayne, DSO and three bars, the man who did more than any other to establish the SAS. He was a consummate guerrilla fighter, and a former rugby international, so we we would have lots to chat about.  He acquired a reputation as a wild and unruly drunk but in my opinion this was slander spread by his enemies – mainly upper-class British officers who were jealous of the grammar school Ulsterman (it also explains why he wasn’t awarded a VC in 1945).

I would have liked to have witnessed the Battle Of the Little Big Horn in 1876 when the Sioux (and other tribes) avenged decades of betrayal and brutal oppression; it was a pyrrhic victory but one that nonetheless humiliated an arrogant and mendacious nation in who Custer was the embodiment. The Lakota Sioux were magnificent guerrilla fighters.

The history of free speech, and how men and women have fought to hard to retain it. We are in a frightening age of illiberalism, driven, ironically, by people who call themselves liberals, but who have all the characteristics of fascists.

Some reputations are too good to be true. Don’t be afraid to delve.

A biography of David Stirling, the founder of the SAS, which will be published in 2021. The main focus will be on David but I will also be bringing his eldest brother, Bill, out of the shadows. Bill founded 2SAS but was actually involved in irregular warfare when the SAS was but a twinkle in David’s eye! 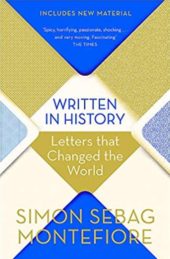 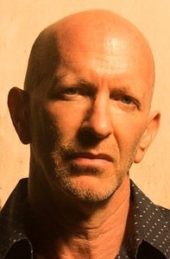