Fiction Book of the Month: Nicola Cornick on The Forgotten Sister

The acclaimed novelist talks all about her classic story set around the death of Amy Robsart. 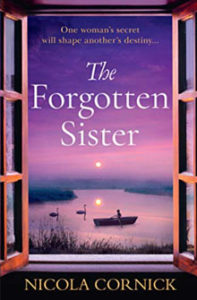 This is your second novel of the Tudor era, what is it about the Tudors do you think fascinates us so much today? Nicola Cornick

I think there are a number of reasons why people are fascinated by the Tudor era. Firstly it’s a period of history that’s very familiar to a lot of us from school, so people recognise the most famous protagonists and stories from childhood. Henry VIII, Queen Elizabeth and the Spanish Armada, for example, are all very well-established in public consciousness, not only in England but much more broadly.

Also, many of the people involved are larger-than-life characters. You couldn’t make up the story of Henry VIII and his wives, for example; an editor would tell you it was too unbelievable! It certainly captures the imagination just as a soap opera does. Social media has contributed hugely to the popularity of the era with so many blogs, podcasts, You Tube channels and others devoted to sharing it. It’s great that the stories now being told are more diverse and feature the women of the era more prominently.

The Forgotten Sister deals with the mysterious death of Amy Robsart, aka Amy Dudley, Robert Dudley Earl of Leicester’s first wife, the favourite of Elizabeth I. She was found at the bottom of a staircase dead. At first look foul play seems a strong possibility, but is that really the case?

I read a lot of the evidence for and against the idea of foul play when I was researching The Forgotten Sister and on balance, I don’t think Amy was murdered. I think her fall down the stairs was an accident, but of course we are unlikely ever to know. It’s one of those great historical mysteries that fascinates. There’s no doubt that Robert Dudley had a motive for her murder but he was a clever man and I don’t think he would made the mistake of having her killed, knowing it would rebound on him, as indeed it did.

What was it about her death that caused such a scandal?

At the time of Amy’s death, Robert Dudley was spending all his time at court and he and Queen Elizabeth I were inseparable. Everyone thought – or speculated – that they were lovers and that he wanted to marry the Queen if only he were free. There were already rumours that Amy was ill and that he was waiting for her to die. Then Amy fell downstairs in mysterious circumstances and the scandal erupted. Robert had plenty of enemies who were prepared to use Amy’s death to vilify him. It didn’t help that he appeared to show no sorrow on her death and that he seemed very anxious to make certain that the inquest should rule it an accident.

Amy Robsart is most famous for her end, but what do we know about her beyond her association with Dudley? 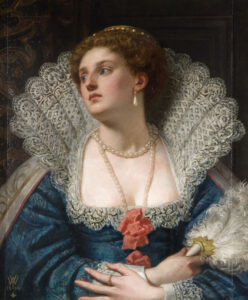 Amy’s story begins in Norfolk in 1532. She was the daughter of Sir John Robsart of Syderstone Hall who was an influential landowner in the county. Amy was born at Stanfield Hall, a medieval manor that had been part of her mother’s dowry. It was here that she grew up although she probably spent some time at Kenninghall, the home of the Dukes of Norfolk, where she would have learned about life in a noble household. We know that Amy was literate and that she took a role in running the estates she had inherited from her father as there are letters in the archive that she wrote to her steward. She was a businesswoman, discussing the price of wool and the crop yield. There is a great deal more to Amy than the shadowy figure usually eclipsed by the love story of Robert and Elizabeth.

The Forgotten Sister did very well when it came out, but do you have a favourite novel so far?

My favourite is usually the one I’m writing! Each of my dual time novels has a special individual significance for me because they are all set in the Wessex region where I live and they draw on the characters, history and landscapes of that area. The Phantom Tree which I set in Savernake Forest and at Wolf Hall, was one of my favourites and also seemed to strike a particular chord with readers, perhaps because Wolf Hall, like so many other things, is part of Tudor mythology.

Like your other novels, The Forgotten Sister moves from the present day and the past. Why does this approach appeal to you?

I am intrigued by real life historical mysteries and like the approach of exploring them from a contemporary standpoint. I also enjoy exploring the concept of the past and the present being entwined so a dual time novel is an ideal way to do this. As a public historian I’m always looking for ways in which the past influences the present and how our current preoccupations influence our interpretation of the past.

You’re not only a novelist, but a historian also. Have you been tempted to move into the non-fiction world?

Definitely. I have written non-fiction articles for a variety of publications and I’m currently working on a history of Ashdown Park, the National Trust estate where I work as a guide and historian. The book traces the history of the estate from the earliest times to the present.

What are you working on at the moment?

After I finished The Forgotten Sister, I wrote a dual time novel set during the Wars of the Roses called The Last Daughter but now I have moved forward again to the Tudor period with my latest book, The Winter Garden, which will be out in October. It’s set in the present and in the years leading up to the Gunpowder Plot of 1605 so strictly speaking it’s an late Elizabethan/early Jacobean book! It looks at the lives of two of the Catesby women during that period, Catherine, who was wife to the plot ringleader Robert Catesby, and his mother Anne. I’m revising it at present and looking forward very much to its launch in time for Bonfire Night on November 5th!

Nicola Cornick is the author of over 40 novels. The Forgotten Sister was published in 2020. 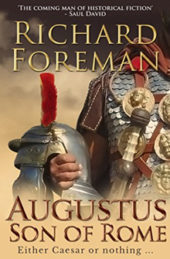 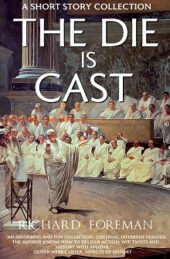 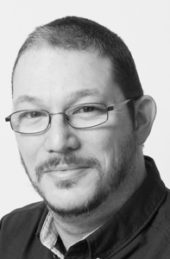 Fiction Book of the Month: Simon Turney on Caligula 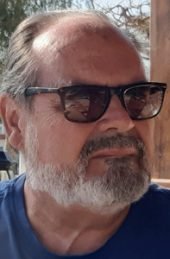