Interview: Akash Kapur on Better to Have Gone

We talked to Akash Kapur about the community of Auroville and his new book, Better to Have Gone. 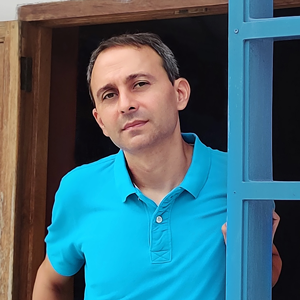 Akash Kapur, Better to Have Gone is a fascinating story. What do you think draws certain people to these utopian communities, and why were they so popular in 1960s and ’70s?

I think it’s a combination of individual temperament and interest, on the one hand, and historical moment. It did strike me a lot as I was writing the book that some people are just inherently searchers–they’re dissatisfied with the way things are, they dream of and imagine something new and better. And then you get these moments, as in the 1960s, when the world feels so ripe for reinvention, and that in a way provides scaffolding for these dreamers or searchers. I think the 1960s was clearly one such moment. 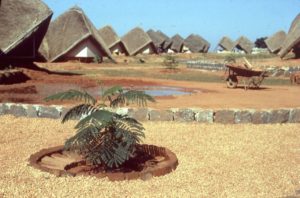 Auroville was close to the former French colony of Pondicherry. What was that part of India like in the 1960s and ’70s?

It was a bit of a forgotten corner, really. Transport links were poor in those days and the nearest airport and big city, Madras (now Chennai), felt very far away. Life was very slow and the areas around the town of Pondicherry were primarily agricultural, and very poor and  under-developed. Life felt harder, more elemental, and also simpler. India was also a very different place back then–less materialistic and capitalist. It was still under the thrall of Nehruvian socialism.

What made Auroville different to other ‘utopias’, and I’m thinking in particular those that have ended tragically such as Jonestown and Waco.

I think we should start by being clear that Auroville is inherently a very different kind of place to the ones you mention. It’s a little like comparing apples and oranges. The whole setup has always been less messianic and millenarian, and Auroville’s founder (known as the Mother) was just far more benign and not interested in exercising the kind of control that founders of these other places imposed. Also, I think Auroville has somewhat benefited over the years from the lack of a strong central authority or clear “ruler.” Sometimes this is seen as a liability; it’s hard to get anything done in the community and people speak sardonically about “divine anarchy.” But it also means that no single person or faction has been able to impose their will on the rest of the community, and this has made the place more flexible and open, and more able to accommodate human difference. I think this ability to bend, as it were, to remain open and malleable, is key to survival for intentional communities and utopian projects throughout history.

John Walker, one of the central characters, was from a prominent East Coast family, was friends with RFK and Eddie Sedgewick and seemed to have everything, but what was missing in his life that made him go to Auroville?

John was a dreamer. He always seemed to have a kind of spiritual longing that made him run away from the privilege and materialism into which he was born. It was very interesting to me while researching this book to realize that John’s father, in his own way, was very much a searcher too. Although from the outside he seemed a man of convention and society, his inner life was quite complex and he too was always searching. So maybe these things run in families. Or maybe these urges and impulses are just more universal than we realize or acknowledge.

Belief makes one do irrational things, and at Auroville medicine and education was viewed with suspicion. What drove the community to extremes such as burning books, and will this happen again?

Yes, the community went through a tough period that was marked by extremism and what I characterize in the book as revolutionary zeal. I think idealism and faith, which can be so noble and inspiring, exist on a continuum, and in difficult moments (such as the community faced after the death of its founder) there’s always the danger that they tip into fanaticism. I doubt it could happen again. To be sure, there are still elements of the community that are extremist; by its nature, Auroville attracts true believers. But the community is bigger now, opinions are more dispersed, and I think there would be less room for any single extremist faction to hold sway as happened during those years. But as recent political events have shown us, communities (all communities, not just Auroville, nations too) always need to be on their guard and maintain vigilance, as extremism seems to be part of human nature and surfaces easily, especially during difficult moments.

Auroville has made great achievements environmentally such as solar kitchens, reforestation, water-pumping and the lack of plastic waste. What is the Auroville of 2021 like?

I’m glad you mention the environmental work because I do think this is one of the community’s great areas of success–albeit unplanned, because ecological restoration wasn’t really part of the original dream. The tremendous reforestation and other ecological work took place more by necessity–because the landscape was so harsh and barren. It’s been wonderful to watch the resulting forests come up over time, and the Auroville of today is something of an oasis, especially amid the ecological calamity that marks so much of the surrounding area. The trees are much taller, the foliage is much thicker, and there’s much more wildlife. In many ways, for those of us who have been in Auroville for a long time, it feels like we grew up with the forests. 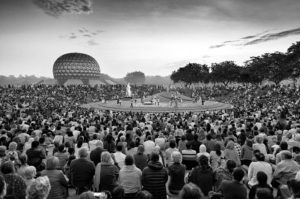 How did your childhood compare to your own children?

Well, for better and for worse, their lives are more structured and a little less wild. When we were kids things were really wide open – both geographically and psychologically. The schools were shaky, at times the future of the community felt shaky. But there was also a kind of original flame and inspiration. Now the schools are much more structured and solid (they’re really quite excellent). At times, I do miss the original idealism, which has dimmed somewhat over time, confronted as it has been by reality; at the same time, I’m also mindful of the extremism into which that idealism led. So, as I said, the changes have been for better and for worse.

How cathartic was it to write the book, as someone who grew up in the community and how does your wife feel about it, as someone directly affected by the events in the book?

At a personal level, I think it was more intense for my wife. After all, she lived through the tragic events described in the book, and she was the one who had to carry the mystery of her mother’s and stepfather’s deaths for all these years. The process of researching and writing this book was complicated for her–at times very difficult, at times more cathartic. There were definitely some difficult things we discovered along the way, but at the same time I believe that just knowing what happened, uncovering the full dimensions of it all, have also been illuminating and offered a kind of repose.

For me the process was less cathartic than illuminating. I was a boy when many of the events I describe in the book took place. I observed and interpreted them as child. It was fascinating to come back as an adult and talk to some of the key actors, and to rethink those events from the past. Through these conversations, I think I was able to come to a more balanced understanding of why certain things happened. I also found myself better able to appreciate many of the people who had been involved in what I call the revolutionary years of Auroville – even those who had been involved in some of the excesses. I don’t condone their actions, and I think many of them harbor certain regrets too, but I really appreciated their honesty and openness with me, and their willingness to talk through things and introspect. In general, I found a surprising amount of self-awareness.

My hope is that this book will also mark a certain process of healing in the community. I know some people will wonder why I am revisiting these difficult events from the past. But history can’t simply be stuffed away and overlooked. The fault lines (and the hurt) of those years persist. I think that bringing history out into the open, while often painful, can be deeply cathartic.

Better to Have Gone – Auroville: Love, Death and the Quest for Utopia, by Akash Kapur, is published by Simon & Schuster and is available now. You can read an introduction to his book here. 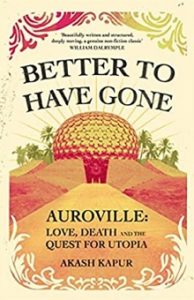 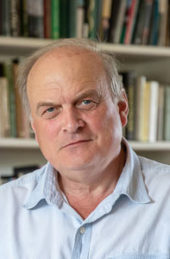 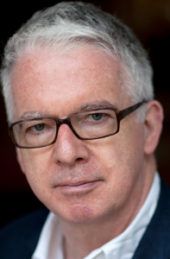 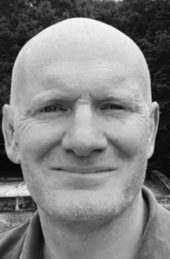 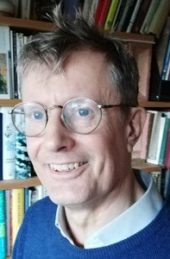